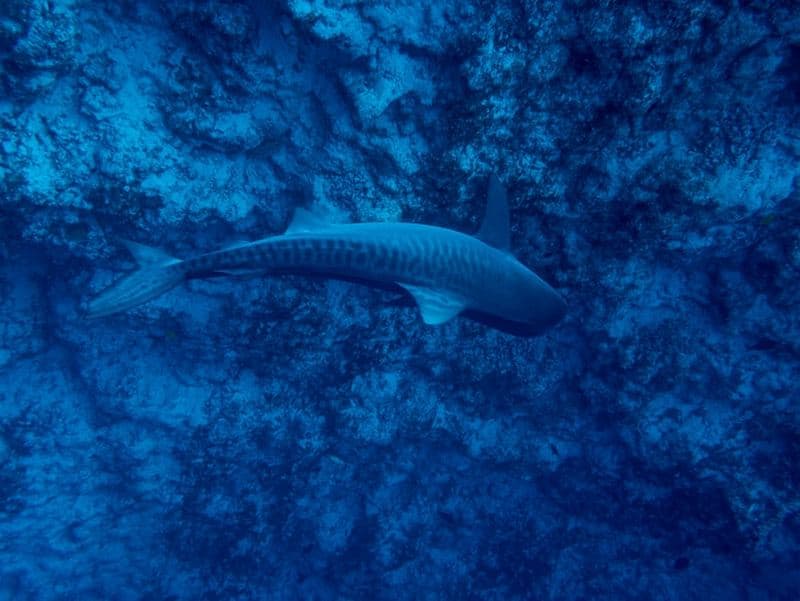 Australia is an idyllic paradise that is not only known for its sheer beauty but also its dangerous wildlife. This particularly includes sharks. Sharks can be found just about anywhere around Australia, although, in some spots, sightings are more uncommon.

What about Rainbow Beach? Are there sharks known to frequent the area’s waters?

Rainbow Beach is one of the most stunning beach areas in the Gympie Region of Queensland, Australia. It has been known to have sharks in the water. Sharks can appear in almost any of the waters around Australia due to ocean currents carrying sharks to different areas of the country. Some areas are more prone to sharks while others rarely see sharks at all.

When it comes to Rainbow Beach, there have been more shark sightings in recent years, however, the waters aren’t shark-infested by any means. In fact, sharks are mostly known in the Rainbow Beach area near Wolf Rock where people can go diving and see grey nurse sharks and other smaller breeds of shark.

Rainbow Beach is known to have a shark net installed where swimming is permitted in an effort to keep sharks out. Even though sharks aren’t a common occurrence at Rainbow Beach, they still take precautions to ensure that visitors stay safe in the event that a shark does show up. It is always a smart idea to be proactive when it comes to sharks.

Sharks have shown up to the Rainbow Beach area in past years. In 2010, there was reporting of sharks in the waters near Rainbow Beach. This specifically included 42 shark captures by Queensland fisheries near the area in about a year’s span of time.

Additionally, in 2015 there were reports of about 18 sharks that were captured. The same report stated that between 2008 and 2015 over 300 sharks were found in Rainbow Beach waters.

While that number seems alarming, it is important to note that no one was attacked by these sharks. The sharks were caught by the fisheries in the surrounding waters.

Moreover, due to sharks being attracted to the nearby Wolf Rock diving spot, it can be common to see sharks in the Rainbow Beach area. This is why having the safety nets near the swimming portion of Rainbow Beach is so critical.

The nets and drum lines that have been installed and altered over the years serve to protect those entering the water at Rainbow Beach. It is very important for visitors to Rainbow Beach to remain within the designated area.

Because of Rainbow Beach’s proximity to Inskip Point and the western coast of K’gari Island (which is known for having sharks), swimmers shouldn’t venture outside of the marked and flagged-off areas. In doing so, the area can remain as safe as possible. While nature isn’t predictable, we can do whatever we can to protect ourselves.

What Type Of Sharks Are Found At Rainbow Beach?

While some of these sharks are considered quite dangerous, a majority of them are pretty harmless to humans. This is of course providing that they aren’t provoked. Any creature can become dangerous if they are provoked. This is why it is always suggested to respect nature’s space not agitate wildlife, especially in Australia where the wildlife can be dangerous.

It is important to note that even though this list seems large, it is based on sightings and captures throughout the years. This is why the drumline and netting have been put in place to ensure that the number of shark encounters stays limited in the Rainbow Beach area.

Sharks can be dangerous but overall, Rainbow Beach can be a safe place to swim (between the flagged areas of course!) Rainbow Beach proves to be one of the most idyllic places to visit in Queensland. While people should always be aware that sharks could enter the water, it shouldn’t deter them from entering the water.

To stay as safe as possible, people should never swim alone and exit the water if there is a shark suspected to be lurking around. Those are the two biggest tips for staying safe against potential sharks.