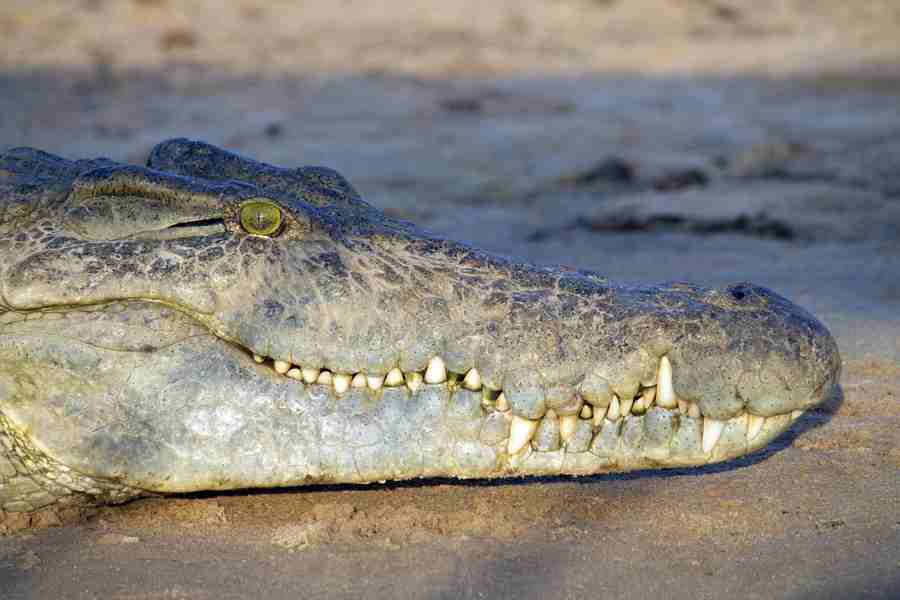 Australia is known for its wide variety of wildlife. From dangerous to exotic and everything in between, the country is home to a lot of creatures. One of these creatures included crocodiles.

are one of the world’s most interesting creatures considering that they’ve been around for millions of years. These creatures reach over 5 metres (or 17ft) in length and weigh almost 1,000kg (or 2,200lbs).

Sightings of these massive reptiles have been reported throughout Australia, particularly along shorelines and river and creek areas.

While crocodiles are generally found in river mouths and estuaries, they have been known to wash up on shore from the ocean.

The crocodiles that are found around Australia are considered “saltwater crocodiles”. This isn’t to imply that they only live within saltwater conditions. In fact, they can be in both fresh and saltwater.

throughout the ocean waters. Because of this, they can pretty much wash up anywhere.

While there have been reported sightings of crocodiles along the shores of Fraser Island, it isn’t too common. In fact, some would say that the sightings haven’t been confirmed throughout the years.

Perhaps it is possible that people have seen crocodiles in the ocean waves around the island, but not too close to the shore.

What makes the ocean travel for creatures so fascinating is that they can survive for long periods of time in the ocean without the need for food or water.

However, eventually, they do require time on land as they are only semi-aquatic reptiles.

This is why crocodiles prefer being in river mouths and estuaries. These areas allow them to come onto land when needed.

Fraser Island’s coast is surrounded by strong currents, and overall the river or creek areas don’t heavily flow into the ocean from the inland parts of the island.

The areas that do are pretty shallow, so crocodiles wouldn’t necessarily find this a suitable place to roam.

has a handy website set up to allow access to any crocodile sightings that have been reported throughout the state of Queensland.

It is important to note that these sightings are simply data that has been reported and not necessarily confirmed.

The website makes it very clear that waterways, where crocodiles could linger, should be approached with extreme caution.

It is always smart to remember that it can’t be assumed that rivers, creeks, and other waterways are free of crocodiles.

Even though Fraser Island isn’t known for having crocodiles, it does include the waters around the island as well.

With this in mind, have there been any crocodile sightings around Fraser Island in 2020?

According to the Queensland government crocodile reporting website, there haven’t been any sightings at the island, at least reported through their agency.

Even though there haven’t been any direct reports of crocs through the government site, the local news has had some reports of crocodile sightings near Eli Creek

This was reported sometime in October of 2020

, however, extensive searches didn’t turn up any real evidence.

Another sighting apparently occurred in January of 2020 near the Coolooli

camping area which is near the southern end of the island.

Once again, the further investigation didn’t find any supportive evidence. However, this particular time was near a creek area, so it could be possible.

Crocs are capable of popping up just about anywhere the ocean waters can take them. As expressed before, because of this fact, it is possible to sight crocs around Fraser Island but not on the island itself.

Primarily, the sightings are seen off the eastern coast of the island when they do occur. Most of the crocodile sightings in Queensland are off of the mainland and more towards the northern areas of the state.

How Far South Do You Get Crocodiles In Queensland?

Because crocs are able to travel in the ocean and be carried to other locations, some Australians question just how far south in Queensland they can be found.

The furthest south that they have been reported is in Gympie, specifically near or in the Mary River.

This is approximately a 350km distance from the Gladstone area

of Queensland. This goes to show that crocodiles can easily be found in various waters, despite any great distances.

Moreover, crocs are very common in the Queensland area, especially in the upper northern parts of the state. In fact, a certain section of the state has been dubbed as “croc country” because the sightings that occur there are quite frequent.

up at the top tip of the state.

This is their primary territory due to the warmer waters and access to creeks and river mouths as they prefer these environments more.

Because encounters with crocodiles can be common off the eastern coastline of Queensland, the local government has implemented what is called “Being Crocwise

This system gives critical information to residents or tourists about how to stay safe while near waterways or during an encounter with a crocodile.

The guidelines to be crocwise

should be followed no matter what waterways someone might be in. Click here for the PDF file

This isn’t to say that people shouldn’t swim in the ocean or wade in the rivers or creeks. Rather, being alert and mindful is key. Below are the guidelines to think about for being crocwise

Stay At Least 5m From The Water’s Edge

Crocodiles are known hunters and will often hunt prey along shorelines of rivers or creeks and sometimes even ocean shorelines that are found in the northern parts of Queensland.

This rule should be applied more often than not in river areas where crocs are more often found.

Don’t Swim At The Beach Night

Swimming at night or being near the water at night is never a good idea but this is especially true with concern to crocodiles.

Crocodiles are more active at dusk and nighttime hours. Because of this, steering clear of waterways when the sun starts to drop and throughout the night can really keep people safe.

Dogs should always be watched when they are out in nature near anywhere a croc might be lurking. These predators are known to attack many different mammals including dogs.

Always Clean Up Any Food Rubbish

Food rubbish can attract crocs as well. Keeping any areas cleaned up will prevent any unwanted attractions from these creatures. This is common sense but should still be stated just to ensure that it is followed.

Be Careful During Extreme Weather

Extreme weather like heavy rains, cyclones, etc can cause damage. They can also carry creatures like crocs to areas where they aren’t normally found. Being alert is absolutely necessary!

These are just some of the crocwise tips but they are the most critical ones. If someone does encounter a crocodile it is important to back away slowly and not make any sudden movements.

If the croc appears to start to run, it is suggested to run as quickly as possible in a straight line away from the crocodile.

Fraser Island isn’t known to have crocodiles but in Australia, it is imperative to always be alert just like on the mainland.