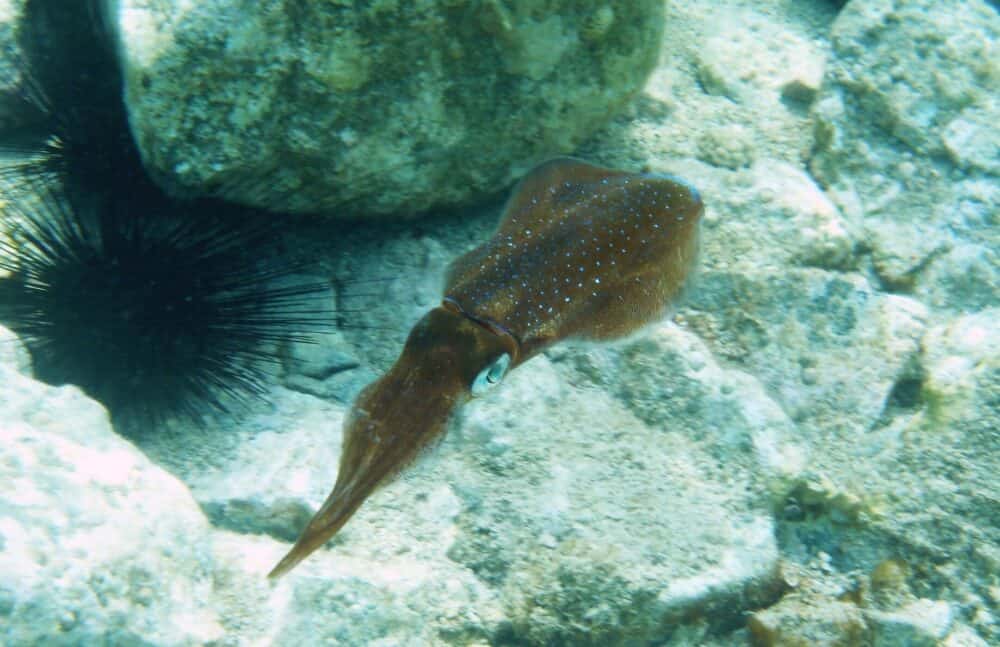 With its varied fishing spots and abundance of seafood, Fraser Island (K’gari) is a favourite destination for anglers. And while the most popular catches are typically whiting, bream, and flathead, you might be wondering whether it’s possible to catch squid on Fraser Island.

You can catch squid on Fraser Island, but they’re less prevalent than other fish types. They like the rocky areas near the shore, so you’re likely to find them around the island’s beaches than in the open water. The best time to catch squid is at night when they get closer to the surface to feed.

In this detailed guide, we’ll tell you everything you need to know about catching squid on Fraser Island. We’ll share some tips on the best techniques and locations and what type of bait to use. So if you’re hoping to add squid to your next catch, read on!

Where To Find Squid On Fraser Island

love hiding in rocks and reefs, so the best place to find them is near the shore. They’re also attracted to areas with lots of seaweed, as this provides them with ample shelter and food.

Some of the best spots for catching squid on Fraser Island include:

There are several techniques you can use to catch squid on Fraser Island. Each has pros and cons, so it’s worth trying out a few to see what works best for you.

One of the most popular and effective methods for catching squid is jigging. This involves using a weighted lure (called a jig) and jerking it up and down in the water to mimic the movements of a small fish. Squid are attracted to the movements of the jig and will strike at it, thinking it’s prey.

When jigging for squid, it’s important to use a light line and rod. This will give you more sensitivity, so you can feel when a squid hits the jig. Use a fluorocarbon line as it’s less visible in the water and won’t spook the squid.

Touted as one of the simplest and most effective techniques, baiting involves using natural bait to attract squid. Common bait for catching squid includes prawns, pilchards, and small fish strips. You can either use live bait or cut the bait into small pieces.

To set up your bait, thread it onto a hook and lower it to the desired depth. You can weigh the line, so it sinks quickly or let it float near the surface. The bait will attract squid, triggering their predatory instincts and causing them to strike at the bait.

Drifting is a popular technique for fishing in open water, as it covers a lot of ground and increases your chances of finding squid. It involves setting your line out behind the boat and letting the current carry it along. This method is especially effective when there’s a lot of seaweed in the water, as the squid will be attracted to it.

As you drift, keep an eye on your line and look for any movement. Quickly reel in the line when you see a bite on the hook. It’s also a good idea to have several lines out at different depths, as squid often swim at different levels in the water.

Type Of Bait To Use

When fishing for squid on Fraser Island, it’s important to use the right bait. The most common and effective baits include:

Now that you know what type of bait to use and the best techniques for catching squid, here are a few final tips to help you make the most of your squid fishing trip:

Catching squid on Fraser Island is a great way to enjoy the island’s natural beauty and abundance of seafood. With the right bait and techniques, you’ll be sure to have a successful fishing trip.

Fish at night for the best results, and use light tackle so you can feel even the slightest nibbles. And don’t be rigid with your tactics – be prepared to change things up until you find what works. With a little practice and patience, you’ll be catching squid like a pro in no time!

link to How Much Fuel Can You Take To Fraser Island?

Continue Reading
link to Do You Need A Lift Kit To Go To Fraser Island?

Driving on Fraser Island is an exercise in patience and skill. Since the island is covered in soft sand, having the correct off-road, 4 Wheel Drive (4WD) vehicle is essential. It's also important to...