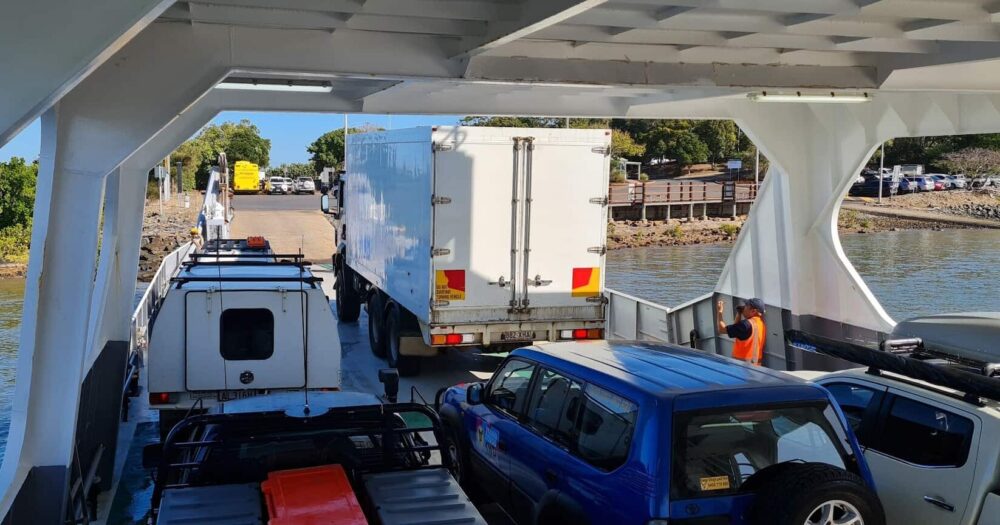 You can take up to two 20 litres (5.28 gallons) of petrol and two 9 kilogram (19.8 pounds) gas to Fraser Island. There is no limit to the amount of diesel you can take to the island. All goods must be transported according to the provisions of the Australian Dangerous Goods Code.

In the rest of this article, I’ll explain how much fuel you can carry, why this limit exists, and where you can buy fuel on Fraser Island if you run out of it.

Where Can You Buy Fuel On Fraser Island?

Off the coast of Queensland, Fraser Island is a popular holiday destination for campers. This large, naturally occurring rainforest grows out of the sand, making it the only rainforest in the world to do so.

Because Fraser Island is cut off from the mainland, supplies are only delivered to the island once or twice a week. These supplies include but aren’t limited to:

Thus, although fuel is available on Fraser Island, it’s more expensive than on the mainland due to extra shipping costs.

As a result, many tourists carry their own fuel

to Fraser Island. But what if you forget or you don’t bring enough? Luckily, Fraser Island has multiple locations where you can buy supplies.

These supply stores allow you to purchase any supplies you may have forgotten to bring once you arrive at Fraser Island. Although fuel is available in each of them, the fuel might be too expensive for you due to the extra costs of shipping from the mainland.

Thus, it’s best to carry as much as possible from the mainland, so you don’t run out of fuel quickly.

In the sections below, I’ll go over each of the main supply stores you can buy fuel from in more detail, while highlighting what other supplies each place sells.

Cathedrals on Fraser is a resort on Cathedral Beach. It’s a dingo-fenced campground with multiple options for accommodation, activities, and facilities. The campground even provides fire rings for visitors who want to experience a campfire.

There is a general store on the campgrounds that carries supplies. Some of these supplies include:

If you need to refuel near Cathedral Beach, this is the place to buy fuel. The store carries both unleaded petrol as well as diesel.

There are three ferry services that carry visitors to Fraser Island. You can take these ferries from Inskip Point or River Heads near Hervey Bay.

Orchid Beach is one of the most remote beaches on the island, featuring beautiful spots for fishing, camping, and sightseeing.

Additionally, Orchid Beach has many rental apartments and campsites for visitors to take advantage of. This area also has its own general store, which carries supplies for locals and tourists. You can buy fuel at this general store.

The Kingfisher Bay Resort is known for its award-winning status on Fraser Island. This large resort features:

The general store here is where guests can stock up on supplies, including fuel. Like all of the other stores on Fraser Island, the general store at the Kingfisher Bay Resort carries unleaded petrol and diesel.

The Kingfisher Bay Resort has a dedicated ferry service daily from River Heads, 15 minutes from Hervey Bay. You can catch the Kingfisher Ferry from there.

Fraser Island Retreat is in Happy Valley, only about 200 metres from the beach. This place includes:

This general store carries fuel, so if you need to refill, this is the place to go.

K’gari Beach Resort, formerly Eurong Beach Resort, is another beautiful resort on Fraser Island. This resort is known for its secure, dingo-fenced areas for visitors.

For the purpose of this article, the main attraction in this spot is the Eurong Shop. This general store carries all sorts of supplies, from groceries to fuel.

You can access this site via Hook Point from the south, Wanggoolba Creek to the west, or Kingfisher Bay to the west.

Should You Carry Fuel To Fraser Island?

You should carry as much fuel as you will need from the mainland. The price of fuel is higher on Fraser Island, so it’s better to fill up your tank and carry extra in jerry cans instead of buying fuel on the island, as it will save you money.

However, it’s vital that you follow the Australian Dangerous Goods Code, which requires all goods, including fuel, to be packaged and unloaded according to the proper protocol.

You can take up to two 20 litres (5.28 gallons) of petrol and two 9 kilogram (19.8 pounds) of gas to Fraser Island. There is no limit to the amount of diesel you can take to the island.

Because of the higher fuel prices on Fraser Island, it’s advisable to fill up your tank and carry extra fuel with you. However, if you run out of fuel on the island, you can buy more from these places:

Continue Reading
link to Do You Need A Lift Kit To Go To Fraser Island?

Driving on Fraser Island is an exercise in patience and skill. Since the island is covered in soft sand, having the correct off-road, 4 Wheel Drive (4WD) vehicle is essential. It's also important to...