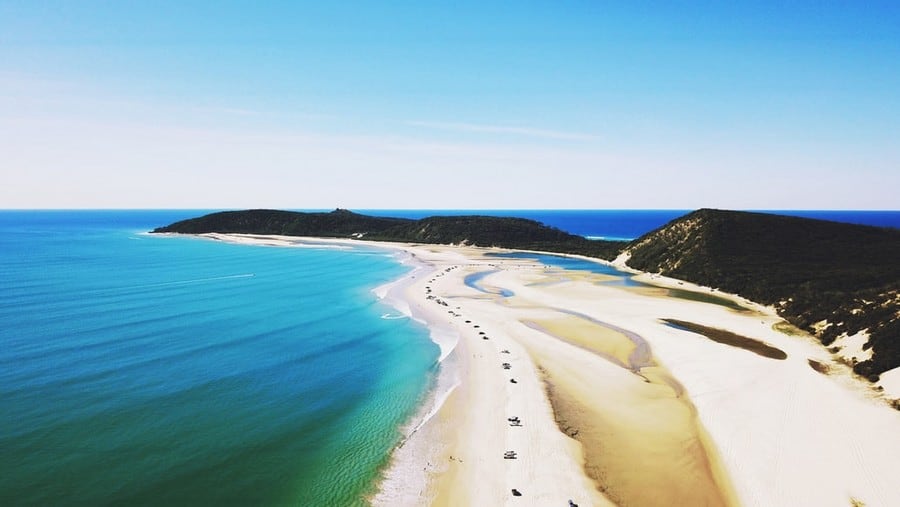 Queensland, Australia is one of Australia’s most popular states due to its abundance of beautiful scenery, unique wildlife, and more. The state is also well-known for its rich historical value to the country. All throughout Queensland, there are pockets of historical places to visit that have become cherished locations for locals and tourists alike.

This is particularly true for Double Island Point and its lighthouse.

The lighthouse is still considered active to this day even though it was built quite some time ago. It is an impressive structure as its frame is still intact. Even though it is a smaller lighthouse compared to other structures, it can still be seen from air and sea due to its bright white colour and red top.

The lighthouse has been well maintained throughout the years making it an iconic place to visit for those travelling to Double Island Point. In fact, there is even a 2.2km return walking track near the lighthouse that visitors can enjoy while in the area.

The walk takes about an hour to complete and gives way to remarkable views of the open ocean and the lighthouse itself.

The return walking track is cherished by locals and tourists alike due to the stunning views that can be seen here. From the top of the walk, where the lighthouse is located, visitors have a 360-degree sight that spans out to sea.

This vantage point includes sights of K’gari Island just to the north and also clear to Noosa. This is provided that the skies are clear of course! The track is considered a grade 3 so proper shoes should be worn and guests should be prepared for steep sections along the track.

The lighthouse is a real treat for visitors and the walking track is certainly an added bonus. Although its beauty and the surrounding natural aspects of Double Island Point’s lighthouse are quite remarkable, its historical value to the area is also pretty interesting.

WP Clark, a well-known lighthouse builder, was given the duty of erecting the building at Double Island Point. Since 1859, WP Clark had already contributed to building other lighthouse structures.

In the original construction of the lighthouse, there was the main building as well as a Third Order Lens as well as an oil burner. To this day, however, the only part of the structure that still remains is the main tower. Over the years, the lighthouse transformed from having its source of light as oil burning to strictly electrical and automated.

Due to this, the need for lighthouse keepers has dwindled significantly. Double Island Point’s lighthouse was automated in 1991.

Due to Double Island Point’s lighthouse having such a rich connection with Queensland’s history, the site has been listed as a historical heritage site. It was officially proclaimed as one in September of 1998. This status helps preserve the area as a historical landmark.

Considering its condition after all of these years, the lighthouse is definitely being preserved in time as part of the history of the area!

George Heath was the one to notice that Double Island Point didn’t have a good vantage point for boats or ships entering the Wide Bay waters. Due to this, he came up with the idea of placing the light station atop the headland, as this would provide the best view.

More specifically, the Double Island Point Lighthouse sits on the highest point of Double Island Point. The site includes 57 hectares which are divided into three distinct portions. These three portions include the Tower Area, the Cottage Area, and the Remaining area. All three areas are quite significant to the location of the lighthouse.

The Tower Area is exactly as it sounds, the area where the tower sits. In addition to the tower, this area also includes a powerhouse (used for the electrical part of the lighthouse) and a watch hut. Moreover, the walking track is included in this area and is considered to be the original walking track to access the tower.

The Cottage Area is home to 2 cottages that were erected in the early 1930s. It also has a weathered shack, a parking area, a workshop and store, and a flagpole section. This is commonplace for visitors to seek out as well in addition to the lighthouse itself. The Remaining area, which is the third section, is technically part of this cottage section.

Double Island Point Lighthouse is a fascinating historical spot for those wanting to see a slice of active history in the area. There is an abundance of natural beauty but the lighthouse itself is a stunning structure, especially since it still remains in great condition after all of these years!