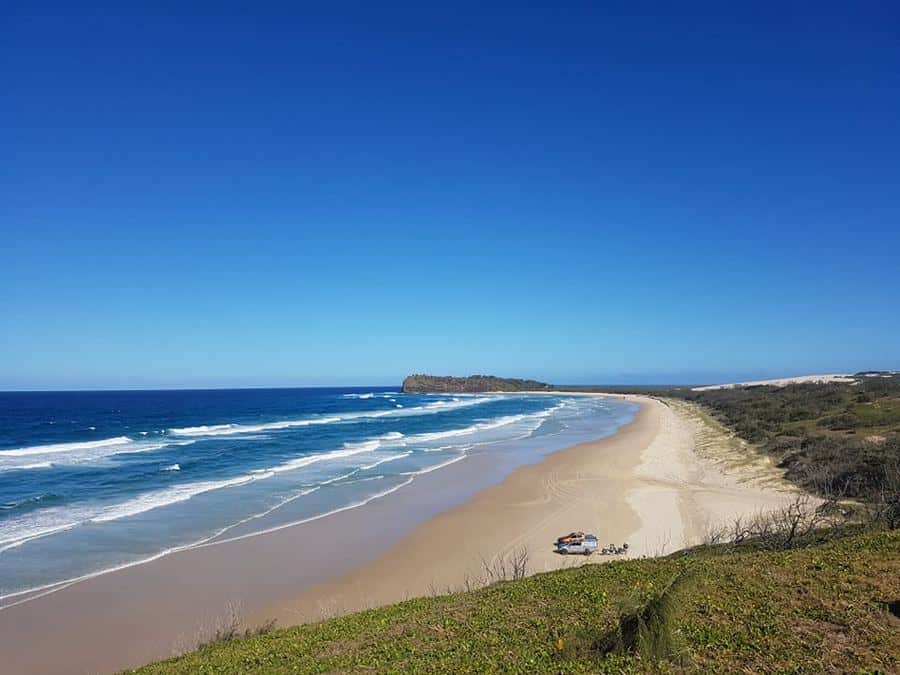 One of the most iconic islands in Australia, Fraser Island, is known worldwide for its lush rainforests and unique wildlife. Moreover, the island is known for its rich history tied to Australia. The island’s name is certainly recognisable all over the globe, however, in recent days there have been reports of the island being renamed.

As these reports have emerged it has gotten people talking in Australia as well as other countries on whether or not there’s any truth behind the reports.

Fraser Island has a huge part in Australian history, specifically Queensland. While it has been forever known as Fraser Island, there have been rallies to change the name for quite some time. As of mid-September of 2021, the name of the island is slated to be changed.

It hasn’t officially been changed as of yet though. Even still, the decision to change the island’s name has been put in motion.

With the news of Fraser Island getting a name change, the Butchulla elders celebrated with a ceremony. The rejoicing of the news was felt by all who attended the ceremony and everyone seems pleased with the decision. The ceremony was an excellent way to celebrate the island’s new future under a different name!

What Is Fraser Island Called Now?

The Butchulla people, which as expressed were one of the first residents of the island dating back thousands of years, dedicated the island as “K’gari” a long time ago. To the Butchulla, Fraser Island has always been K’gari.

The proposal to change Fraser Island’s name comes as no surprise to those who know how much the Butchulla people care for the island. Changing the name to K’gari is a way to really honour the Butchulla and their original residency on the island. To the Butchulla, this name change is of great importance because “Fraser Island” brings back some bad memories.

who were shipwrecked on the island back in the early 1800s. After this occurrence, the island was named after the Frasers. Ever since this development on the island, the Butchulla natives have desired to still call it K’gari.

Before the Frasers were shipwrecked on the island, it was rumoured to have once been called “The Great Sandy Island” due to its large sand dunes that make up a majority of the island.

The name change comes with great joy for the Butchulla people and it truly signifies a new sense of respect for the island’s natives. The name change isn’t only affecting the physical island itself but the surrounding areas of the island as well.

How Long Has It Taken To Rename Fraser Island?

It isn’t exactly known how long the Butchulla elders have been pushing for the island’s name to change. What is true though is that the Butchulla have given the island the name “K’gari” for as long as anyone can truly remember. Throughout time, it has been no secret that the natives desired the name of the island to be changed to K’gari.

Although, considering that they regarded to the island as such anyways means they have always known the land to be K’gari.

Even though the Butchulla and modern persons of the island have always referred to Fraser Island as “K’gari”, the push for a name change is fairly recent. The Butchulla have been continuously pushing Queensland councils to make the adjustment to the name.

In fact, even though the official announcement of the name change become public in mid-September of 2021, there were talks of the change as far as July of 2021.

After much consideration and the dedicated work of the Butchulla people, the name change approval was finally put into motion.

What Changes Are There At Fraser Island After The Name Change?

The obvious change at Fraser Island will be the name it is referred to from here on out. Even though the name change process is still undergoing all the background paperwork side of things, through daily conversation the name K’gari is already being used by various outlets to try and implement this change of name.

In addition to the verbal name change while the official change gets underway, the name change bonds the Butchulla people and the local governments on the mainland. The government’s decision to revert the island’s name back to K’gari has shown the Butchulla natives and their activists that their efforts have been worth something.

This name change will take some years to fully roll out around the island and the local area.

Moreover, it creates a sense of trust between the two parties.

As the name change process continues to develop, there may be other changes on the island. While these exact things aren’t readily apparent, but what is apparent is that the community will still largely support the change.

The beauty of the island remains stellar and the island will continue to be known as a world heritage site as being one of the diverse and remarkably beautiful places on Earth. Moreover, K’gari will always remain as the world’s largest natural sand islands.