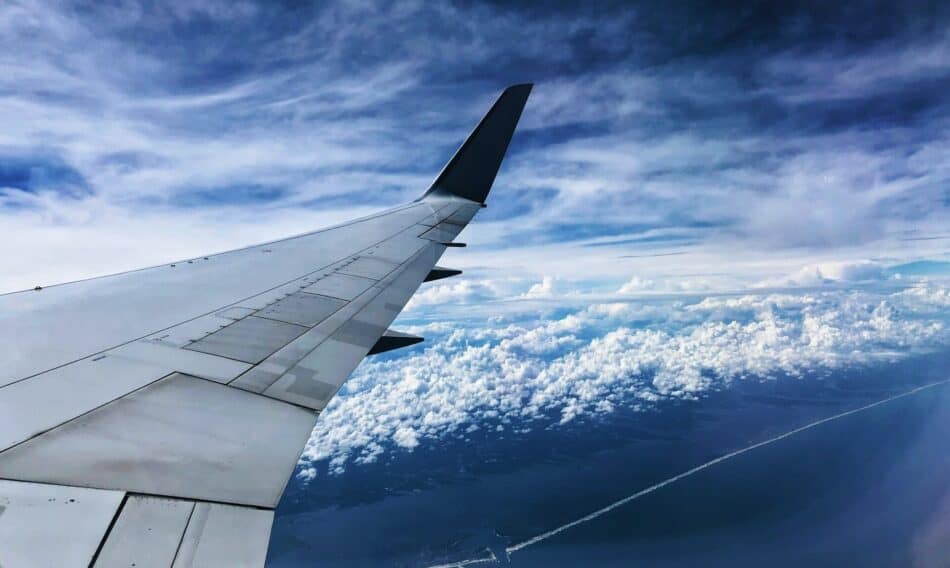 Are you thinking about going on holiday but want to avoid turbulence when flying? You may absolutely hate turbulence and want a flight that is stable and calm to escape the chaos and fear that turbulence can cause. In this article, we will discuss the best months to fly.

Winter and summer are the most turbulent months to fly. During winter, there are strong winds and blizzards. During the peak of summer when it is very hot, convection turbulence occurs, especially when flying over cities and mountains during midday.

The time of day, the route you are on, as well as the season, and the month you are flying in will affect the turbulence you may experience on a flight. Let’s explore turbulence and how it can affect our flight experience when we travel.

The Most Turbulent Months To Fly

Many people who fly have experienced the bumping and swaying of the aircraft as they head towards their desired destination. It is quite common to experience and generally will not cause any harm.

However, some people do feel stressed and concerned when their flight does experience some turbulence, especially those who are flying for the first time or have a fear of flying.

Sometimes there will be patches of rough air due to the airflow being disrupted through storms, jet streams, mountains, and more. Some turbulence can be predicted and avoided by the pilot and some cannot.

Seasons And Months For Flying

This table is very important when deciding on when to fly to experience minimal turbulence because you may be traveling internationally and be traveling during the winter months even though at your home it could be summer. We can then decide to instead ensure we are flying during the month that we want to while we are on the other side of the world.

Flying during the winter does mean that there are higher winds and blizzards to deal with. More clear air turbulence occurs but the plane can take off faster and have an increased climb rate.

During the season of Autumn, there are some clouds around, and there can be some late tropical storms. It really includes a mix of winter and spring conditions.

During spring, there can be high winds and fast-moving fronts, therefore severe squall lines can cause turbulence on your flight. There are some patchy clouds around during this time, too.

In the summer there can be smooth, visible flights and less fog. Aircraft engines run better in oxygen-rich and cool air, but they do not like super hot heat as it can create less stable air and can make airfoils less efficient. Therefore, early morning or night flying in summer is the best time to fly and ideally over large bodies of ocean or land.

Convection is a key problem during the summer months when it comes to planes and turbulence. The sun heats up the ground and convective turbulence chops up the sky, which forms thermal activity near the ground which can cause chaotic cumulus clouds which are felt as turbulence during a flight.

What can occur during the summer season are thunderstorms and tropical storms. During thunderstorms, the air is pushed away quickly, which causes air to move in another direction and causes waves in the atmosphere.

By looking at the conditions that cause turbulence during the different seasons, we can see that the most turbulent months to fly are during the winter and summer seasons due to the high winds and convection turbulence.

The night and early morning is the best time to fly if you want to avoid turbulence. Daytime flights are commonly more turbulent. This is because at night, wind speeds are generally reduced and the temperature is cooler.

What Routes To Take To Avoid Turbulence

Different routes can experience less turbulence, but it is generally quite an unpredictable thing. Let’s dive into the different routes that are statistically better due to their geological features.

There is minimal air disturbance when you fly over flat land because there are no disturbing tall or large structures. Therefore, you should get no or very minimal turbulence during your flight. An example flight would be from New York to Chicago.

Areas of water are great to fly over because there are no structures, both human-constructed or geographical, that will create turbulence. An exception to this is using routes that cross the North Atlantic Ocean due to jet streams.

Areas Away From The Equator

There is often turbulence around the equator where the northern hemisphere and the southern hemisphere winds meet. Turbulence is also more frequent due to the thunderstorms that can occur here due to it being a hot area.

The Routes With The Most Turbulence

Some common routes that tend to have high turbulence are:

There is a scale to rate the severity of the turbulence and there are also many types of turbulence. Let’s explore what they are so we can have a deeper understanding of what turbulence we may be facing when on the plane.

The 4 Grades Of Turbulence

Only slight changes in the altitude do not affect the passengers and the plane much.

The changes in altitude are more intense, but the pilot has control over the plane.

Big, sudden changes in altitude, and the pilot may lose control for a moment but then is back in control.

Loss of control over the plane and some structural damage can occur to the plane.

From this grading scale, we can see that turbulence occurs in a range of intensities and some are almost unnoticeable while some are more sudden and stressful.

Here are eight types of turbulence that may occur when on a flight. The type of turbulence will vary due to the conditions that the aircraft faces. Let’s see what they are and what causes them to happen.

This may cause a quick violent shake to the aircraft, caused by strong winds from jet streams. The plane will be above 15,000 feet and it will be clear and cloudless.

This may cause turbulence as the air stops flowing normally due to warm rising from the surface or cold air moving over the warm ground.

When turbulent air is confronted with a layer of calm air rising above it, the calm air on top eventually becomes warmer and a temperature inversion occurs. This produces a stable atmosphere, but the turbulence you feel occurs from the turbulent layer and the outside atmosphere’s boundary.

Fast shifts between cold and warm air or rising warm air can cause severe turbulence in a moist environment. Thunderstorms can also occur.

Air currents can oscillate between altitudes when airflow is going over mountains, which can cause a long area of turbulence down the mountain.

The storm clouds can cause turbulence within it and around it. A thunderstorm can generate turbulence that is severe that goes as far as 15 to 30 miles from a storm cloud.

Atmosphere disturbance can occur behind an aircraft. It only lasts for a short amount of time but can be severe, especially for smaller-sized planes. This would be the most severe type of turbulence compared to the others because it can cause a plane to roll over mid-air, which can damage the aircraft.

We can see that there are many types of turbulence that can occur when on a flight. Generally, turbulence will last around 10-15 minutes but will vary and will never exceed 20 minutes. Most flights experience less intense turbulence because commercial aircraft fly at an altitude of 30,000 feet or higher.

Pilots are trained to avoid turbulence and know how to predict where it may be. Although clear, air turbulence can be unpredictable. According to the Federal Aviation Administration, there were 234 turbulence accidents between 1980 and 2008. There were only three fatalities and one of these passengers was not wearing a seatbelt.

4 Ways To Cope With Turbulence On Your Flight

Read these tips to learn how to make yourself feel more comfortable with the turbulence that may occur during your flight:

From these tips, we can see that you ultimately cannot control the turbulence, but you can control how you respond to it when it occurs and you can keep yourself informed about air travel.

What Do Pilots Do During Turbulence?

During turbulence, a pilot may change the altitude they are flying at to avoid the patch of air and make the flight smoother for the passengers on board. Or some may choose to fly through it and warn the passengers over the intercom, as it is not dangerous in any way, that’s if they have time to!

Can A Plane Crash Due To Turbulence?

It is highly unlikely that a plane will ever crash due to turbulence. This is because modern-day planes are designed to withstand turbulence that occurs during flying. Pilots are also trained to avoid them and keep informed about what the weather is doing.

When Is The Worst Time To Fly?

The worst time to fly is in the afternoon because any delays in the morning flights will affect your flight. It is also busiest to fly on Friday, Sunday, and Monday, so if you don’t want a busy and expensive flight, avoid those days.

Overall, the most turbulent months to fly are during the winter and summer months during midday. The convection turbulence that is caused on a hot summer’s day can be bad and the strong winds in winter can cause a turbulent flight too.