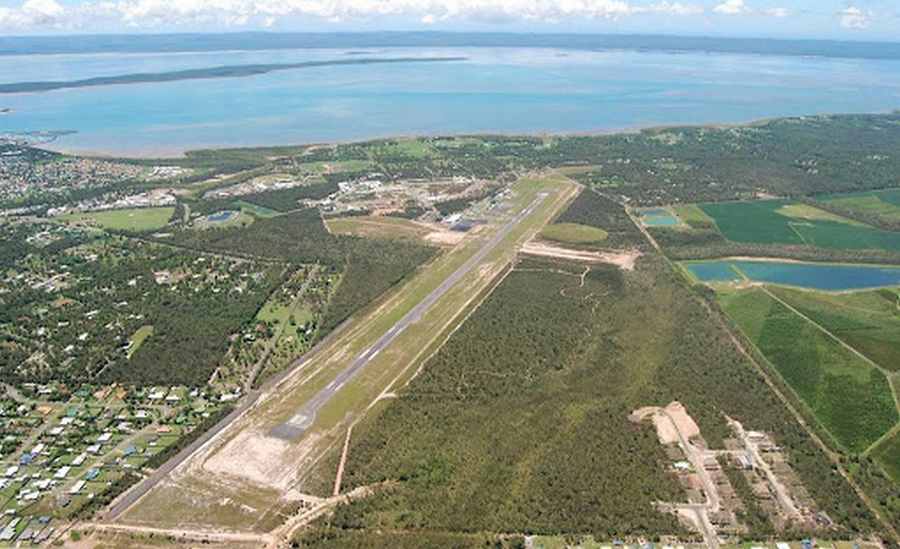 Tucked along the northeastern and eastern coastline of Australia, Hervey Bay is a cluster of seaside villages with gorgeous surroundings, all ample for exploring.

When considering a trip to the Hervey Bay area, it is important to know the best way to get there. This is particularly true of its airlines and knowing what airlines service Hervey Bay!

How Many Airlines Fly Into Hervey Bay?

There are two airports associated with Hervey Bay, recognised and owned by the Fraser Coast Regional Council. These airports include Hervey Bay Airport

and the Maryborough Airport

is a bigger airport and supports airlines flying into its location.

But what are these airlines? Below are the known airlines to fly into the Hervey Bay Airport. The main 3 are airlines are Virgin Australia, Qantas and Air New Zealand. Local flights are by (Lady Elliot Eco Resort Charter Flights)

Airlines That Fly Into The Hervey Bay Airport

These airlines are known to fly into Hervey Bay and Lady Elliot Eco Resort Charter Flights is specifically for flying to and from Lady Elliot Island itself.

While the Hervey Bay Airport underwent a substantial makeover in 2005, the airport is still considered more of a local airport over being an international one.

Can You Fly To Hervey Bay?

While it can be possible to fly to Hervey Bay, most of the flights that are associated with the airport are flying out of the airport. Lady Elliot Eco Resort Charter Flights does fly to and from the Hervey Bay Airport, with a limited schedule.

Generally, there are three flights in and out of the airport. Most other flights go to Brisbane, which is approximately a 3-hour drive, 244km, away from Hervey Bay.

Does Virgin Fly To Hervey Bay?

Does Qantas Fly To Hervey Bay?

While this isn’t a large airline, it still is a source of flights into the Hervey Bay Airport.

Can You Fly From Brisbane To Hervey Bay?

Yes, you can fly from Brisbane to Hervey Bay Airport. Qantas is the specific airline that offers flights between these cities. Qantas is also referred to as Qantalink

The cost for a trip from Brisbane to Hervey Bay Airport can cost about $325 AU. This price reflects a roundtrip. There are direct flights from Brisbane, taking about 50 minutes that can cost around $220 (price date 7/10/2020)

Prices reflected are subject to change depending on the time they are booked.

Can You Fly Direct From Sydney To Hervey Bay?

Flying direct is always convenient as it means there’s no stops between the initial airport and the final destination. When flying from Sydney to Hervey Bay, Qantas is the best choice.

While there are flights to Hervey Bay Airport through Qantas, there are no direct flights. The flight choices vary from 1 to 2 stops with various time frames for the flights.

While there isn’t a direct flight from Sydney to Hervey Bay, the 1 or 2 stop flights are decently priced. Once again, prices can change depending on the time of booking.

With this in mind, the prices of the flights can vary from $294 to $554 (price date 7/10/2020). These flights can vary in time frames as well, but it is still worth it to travel from Sydney to Hervey Bay in this manner.

With the reconstruction of Hervey Bay Airport, it became more of a departure airport than an incoming one. Even still, as previously stated, Qantas is the airline most known for flying into Hervey Bay.

While the reconstruction brought on more space for departures from Qantas, Lady Elliot Eco Resort Charter Flights, And even Virgin Australia, there were other upgrades made to the airport facility as well. Below are the key features of the Hervey Bay Airport!

Features Of The Hervey Bay Airport

Those departing from the airport will find this airport quite accommodating for its guests. Moreover, when using Qantas, flying into Hervey Bay is just as possible.

Whether it is flying in or out from the Hervey Bay Airport, there is plenty to enjoy while at the facility as well within Hervey Bay itself.