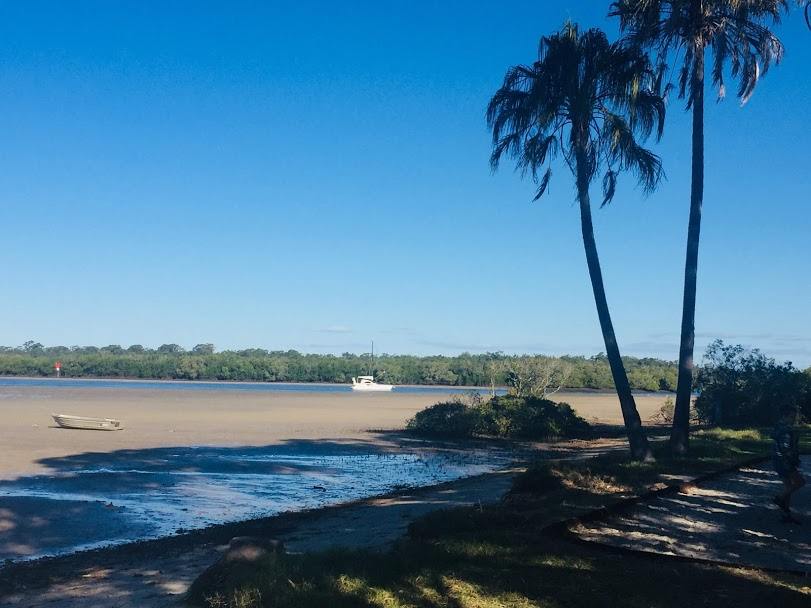 Queensland, Australia is on the eastern coast of the country and is full of seaside villages and coastal towns. These towns all vary in size and location making them each unique in their own way.

They also make Queensland one of the most interesting places in Australia to visit. From whale watching, fishing, camping, tropical islands, coral reefs, etc there is an entire world of exploration!

The key to unlocking these adventures is to know a bit more about some of the towns associated with Queensland!

Check out tours near by in Hervey Bay, click here to book now.

The Great Sandy Strait is an area running off of the western coast of Fraser Island, the world’s largest sand island. More specifically, the southwestern portion of the strait is lined with various small seaside villages that are absolutely charming to visit!

One of these includes Tuan. Tuan is located close to Boonooroo (only a 6-minute drive!). Its location off of the Great Sandy Strait makes it a fisherman’s paradise as well as those looking to shoot some amazing photographs.

The naturalistic surroundings are just impressive as the fishing in the area as the strait itself is an iconic view as well as Fraser Island’s coastline which can be seen from Tuan.

The Beach At Tuan

Like Boonooroo, there isn’t a designated beach area in Tuan. The sandy beachfront areas are more like foreshores that are lined with various mangroves and rocky areas with strips of sandy shorelines.

These areas aren’t patrolled like traditional beaches, so swimming is particularly suggested. If swimming does happen, it should be done cautiously and not too far out.

While swimming isn’t suggested, fishing along the foreshore is a popular activity. Moreover, the foreshore area in Tuan is well-known for its boat ramp area.

Boating along the Great Sandy Strait is one of the most iconic ways to enjoy the area.

is the biggest attraction for the beach area and is ample for most boat sizes. Those looking to fish or simply spend a day out on the clear waters of the strait will find the Big Tuan Boat Ramp quite wonderful!

There is also a small esplanade that runs parallel to the foreshore areas that are really popular in Tuan. The charming fishing village vibe of Tuan is kept alive by not only the ample fishing opportunities but this esplanade area as well.

The esplanade is lined with bbq areas that are perfect for cooking up a day’s catch.

Things To Do In Tuan

Despite Tuan’s small size, only about 70 kilometres squared, it still has plenty to do! Below are the top things to do while in Tuan!

Fishing is huge in the Tuan area, just like the other surrounding towns. This is primarily due to the access to the stretch of the Great Sandy Strait.

Local fishermen are known for heading out on the waters as early as 6 am to spend the whole day sailing the straits (a 70 kilometres total in length!). Bream, salmon, whiting, grunter, etc.

All can be found along the maze of waterways in the straits.

This wide variety combined with the absolutely stunning scenery is an amazing way to fish in the area!

Check Out The Tuan Wildlife

The Great Sandy Strait is home to some endangered shorebirds and can be interesting to see with a good set of binoculars.

Birdwatchers will love this area as part of the straits is protected for the sake of the endangered birds. There are also dugongs that make appearances in the waters as well as turtles and even dolphins.

Whale watching from the straits is also highly recommended as they can appear in the waters between Fraser Island and the mainland, specifically up by the Hervey Bay area.

See The Local Wildflowers At Tuan

Tinnanbar Road, part of the Tuan State Forest, showcases some of the most beautiful wildflowers. A drive down this road in the early spring and late winter (spring starts in September) will give witness to blooms of vivid colour speckled along the wildflower reserve.

Wildflowers are truly remarkable because they grow randomly without any intervention by humans. Moreover, reserves like this one are aided in staying preserved.

While the actual town of Tuan isn’t very large, its state forest is around 70,000 hectares in size. The Tuan State Forest

is one of many remarkable state forests in Australia.

There is camping allowed at the forest with options that include facilities like toilets etc, however, the park is heavily protected so there are some rules to follow.

No rubbish left behind and no disturbing the natural elements of the park while visiting.

These are the top things to consider doing while in this beaut village of Tuan. While Fraser Island is a great place to also visit, there’s something exciting about experiencing the smaller villages throughout the coastline of Queensland as well!

Travelling always requires the booking of some type of accommodation. This ensures that there’s a comfortable place to rest our heads at the end of a long adventure! Below are the lodging options around the Tuan area!

Because Tuan is so close to Boonooroo, the caravan park shares a name with the neighbouring town. Caravaning is one of the popular ways to lodge in Australia as it really gives guests an outdoorsy experience.

With powered and unpowered sites, this caravan park provides an exceptional stay for those with RV’s or caravans. It also features an onsite swimming pool as well as bbq areas, and toilets.

This is perfect for those looking to spend some time on the esplanade or foreshore areas. Information for pricing should be obtained by reaching out to the phone number 07 4129 8211.

Camping In The Tuan State Forest

Camping is permitted in the forest within certain boundaries. Some of these boundaries include access to toilets. Like other forests and natural areas in Australia, the forest is protected which means that there are rules put into place to preserve the park.

This includes picking up all rubbish, not disturbing any of the natural plants or wildlife in the forest, not washing or using soap in the waterways, just to name a few.

Any current restrictions or updated information about camping in the park

should be obtained through their website for the state park.

Why Not Try Maryborough Close By

Maryborough is only about a 26-minute drive from Tuan and has plenty of traditional lodging options for those looking for regular hotel rooms.

Places like Mineral Sands Motel, Best Western Kimba Lodge, Blue Shades Motel, etc. With so many choices, guests will be sure to find a great location at decent prices!

The weather in Tuan is similar to that of other parts of Queensland. Generally, the average temperature sits somewhere around 22 to 30 degrees Celcius throughout the year.

Rainfall tends to be more in the months of December through February. With decent temperatures and plenty of fishing and exploring to do, Tuan truly is an iconic place to visit!

From the forest to the foreshores and everything in between, Tuan offers its visitors an idyllic way to enjoy the Great Sandy Strait region of Queensland!

Check out tours near by in Hervey Bay, click here to book now.

link to Are There Sharks In Noosa?

Queensland Australia is known for having stellar beaches and waterways. For the most part, the waters are pristine and calm in most of the state. However, the threat of seeing sharks in the water can...

Continue Reading
link to Are There Box Jellyfish In Noosa?

Australia is known for its various unique wildlife. Some of this wildlife includes box jellyfish or stingers, which are known to frequent the waters around the country. Stingers and jellyfish are...