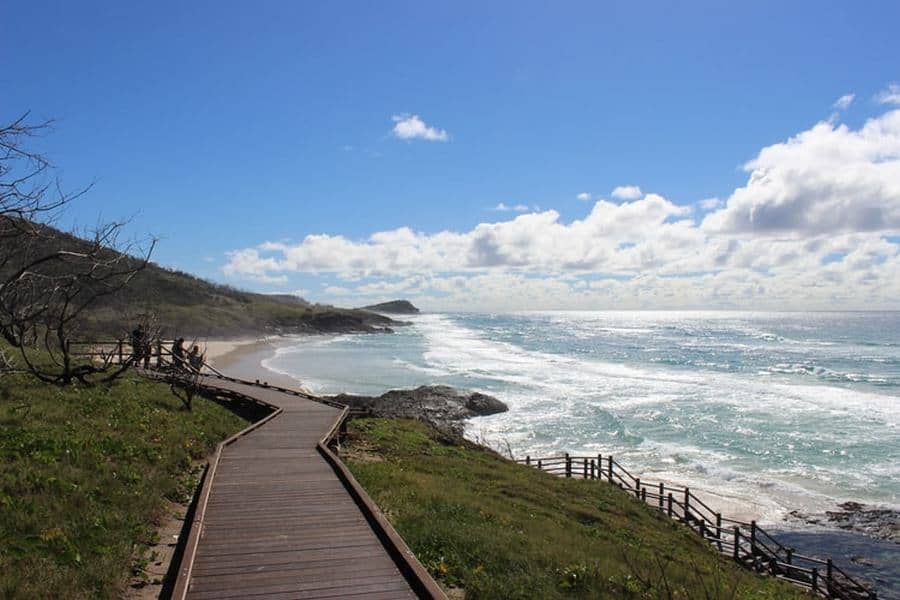 Australia has many beautiful places from coast to coast, however, one of the most remarkable places in the country is Fraser Island. Fraser Island is the world’s largest sand island that is situated off the eastern coastline of Queensland.

The island has a rich history and is highly regarded as being one of the most gorgeous places in the world.

Between its history and the overall beauty of the island, it is easy to see why the island is so respected. In fact, it was eventually listed as a world heritage site which is quite an honourable title. But when exactly was it listed with this important title?

It is thought that they lived on the island for at least 5,000 years, possibly more. Regardless, the island is a timeless source of beauty and continues to be to this very day.

Being listed as a world heritage site

is a tremendous honour. It essentially declares a certain location in the world as being of great significance to the natural world as well as the cultural world.

Additionally, it means that the location is priceless and has universal value in its natural properties. When a particular site is listed with this title, it is preserved and well cared for to ensure that the status of being a world heritage site is protected infinitely.

This provides future generations with the opportunity to witness the sheer beauty of a location as well as appreciate its historical value to the surrounding area.

Fraser Island is a massive sand island that stretches an impressive 1,655 kilometres squared. It is approximately 123 kilometres in length and is around 22 kilometres in width (at its widest point).

Not only is the size of the island a remarkable feature but so are all of the flora and fauna that thrives on the island. It is primarily because of these features that it was announced as a world heritage site in 1992

How Is Fraser Island Looked After?

A large part of the island was given a national park status in the early 1970s but this status was extended to include a lot more of the island in 1992 when it received its heritage status.

Because of its world heritage title as well as being a national park, the island is looked after by the Queensland Department of Environment

and Services (which is also associated with the Wildlife Service and Partnerships).

Through these particular acts, the Department of Environment and Services of Queensland can ensure that the island is being properly preserved and cared for.

Because of the variety of flora and fauna on the island (with some of it being quite rare throughout the world), it is important for the organisation to make its continued efforts on the island.

In addition to this organisation’s efforts, visitors to the island can partake in the care of Fraser Island. Below are the key ways that visitors can do their part in looking after Fraser Island!

Ways That Visitors Can Participate In Perserving Fraser Island

Ensure that all rubbish is picked up and not left behind. Litter is not acceptable in any public place but it is especially frowned upon in areas like Fraser Island.

Rubbish can include food scraps that aren’t suitable for wildlife as well as plastic which isn’t safe for wildlife either. It is important to reduce the amount of rubbish that is generated and ensure that every bit is disposed of in the proper manner.

Take special care not to disturb the fauna and flora on the island. This includes not feeding wildlife as human food is not suitable for these creatures.

Additionally, human food consumption can make wildlife more dangerous as they will seek out this food over naturally obtaining it themselves. This is particularly true for the dingoes on the island.

Do not contaminate any of the lakes or waterways. There are perched lakes on the island which have some of the purest waters in the world. Because of this, it is important to not wear any lotions of any kind when entering the waters. These products can disturb the natural balance of the waters.

Camp properly. Camping on Fraser Island is a great experience, however, it should be conducted in a way as to leave no traces behind. This greatly helps manage the natural boundaries of the island. Guests should only use designated camping areas.

They should stay at least 50m from lakes and streams. Additionally, no trenches should be dug nor should guests attempt camping on top of any vegetation.

By following these guidelines, guests of Fraser Island can do their part to protect the natural beauty of the island. While the Department of Environment and Services are hugely responsible for the state of the island, guests share a part of the responsibility.

Not only is this respectful to the nature on the island but it provides an additional layer of protection for this important island.

Why Is Fraser Island Important?

Fraser Island is so much more than just a sand island. It is brimming with unique trees, flora and fauna some of which are quite ancient and have been growing for thousands of years.

The island was initially formed by the sand being pushed and concentrated into the area known as Fraser Island by ocean currents and wind thousands and thousands of years ago. The formation of the island makes it important but that is only one thing that makes it truly incredible.

Even though on the surface the island’s sand dunes seem pretty basic, they play an important role in the other aspects of the island. The rainforest on the island has been growing from the sand dunes for long periods of time.

These towering trees are another fascinating part of why the island is so important. Between their age and their ability to grow from the sand dunes, these rainforest trees prove to be of great importance.

In addition to the rainforest trees sprouting from the sands on the island, Fraser Island holds great value in its natural processes. The sand dunes are always evolving (due to wind and water factors) as well as their soil and lake systems.

The island’s world heritage listing appreciates these processes that make the island truly one-of-a-kind. It also recognises the island’s natural occurrences in concern to certain formations on the island such as The Pinnacles coloured sands and its perched lakes.

All of these factors that contribute to Fraser Island’s natural beauty help make it important. It is a continuously evolving land mass that provides the world with rare, unique flora and fauna as well as its sanded surface.

What Are Some Of Fraser Island’s Unique Features?

With over 1,600 square kilometres of landmass, Fraser Island isn’t short of interesting sights. From breath-taking views of the rainforests and lakes to the various key points of interest that are sprawled throughout the island, Fraser Island is simply remarkable.

Below are some of the things that make Fraser Island one of the most unique places in the entire world!

It Has An Ancient Rainforest Growing Out Of Its Sand Dunes

Fraser Island has one of the most unique rainforest systems in the world. The trees that grow there have been a part of the island for thousands of years.

The sand might not look like the optimal base for tree growth, however, the trees that have been growing for so many years find the subtropical area quite suiting.

Additionally, there are a wide variety of tree systems throughout its rainforest area. From mangroves to eucalyptus, there is an abundance of flora diversity on the island.

It Is Home To The World’s Most Beautiful Perched Lake

The island has over 40 lakes which are all special in their own way. However, Lake Mckenzie proves to be the most popular lake due to its pristine blue waters and soft sands.

It is a perched lake which means it sits well above sea level and has some of the purest water in the world. This is due to undisturbed rainwater being its sole source of water. It is a beautiful spot to really soak in a major part of what makes the island so gorgeous.

It Has Massive Sand Dunes

The island is primarily made up of sand. There are no roads on the island and driving is only permitted by 4×4 vehicles that can withstand the sanded terrain. In some areas of the island, these sand dunes can reach impressive heights.

Some of them are said to be around 250 metres high. Moreover, places like The Pinnacle Sands are an excellent display of how truly amazing and diverse Fraser Island’s sand can be.

These sands are an array of beautiful colours melded together to create a visually appealing work of natural art. Throughout the years, these sand dunes were created by weather factors such as wind and rain in combination with various earth materials like clay and sand.

The continuous formation of these sands has brilliantly constructed the coloured sands that visitors to the island have come to seek out.

It Has A Really Diverse Ecosystem

While the ancient rainforest trees are the largest part of the island’s ecosystem, it isn’t the only contributor to its diversity. There are over 800 different plant species that grow on the island. These vary from trees to bushes to ferns, etc.

Additionally, wildlife also plays a role in keeping the ecosystem on the island thriving. There are dingoes, over 300 species of birds, bats, and so much more.

It Has Lots Of Historical Value

Fraser Island is packed with beauty and stunning views all of which makes it quite incredible. However, an important part of what makes the island so unique lies within its history.

sailing by in the late 1770s. The historical value of the island is not only interesting but also gives the island its overall character.

What makes the historical aspects of the island so fascinating also includes the shipwreck that landed on its eastern coast back in the 1930s. The S.S. Maheno is yet another thing to add a rich historical background to the island.

The Maheno was brought to the shoreline by a cyclone and it has since stayed there to be a piece of history for visitors to see.

Most people know Fraser Island as the sand island that it is, however, it is much more important and unique than its sand. This world heritage site continues to fascinate people from all over the world with its beauty and abundance of sights to see!