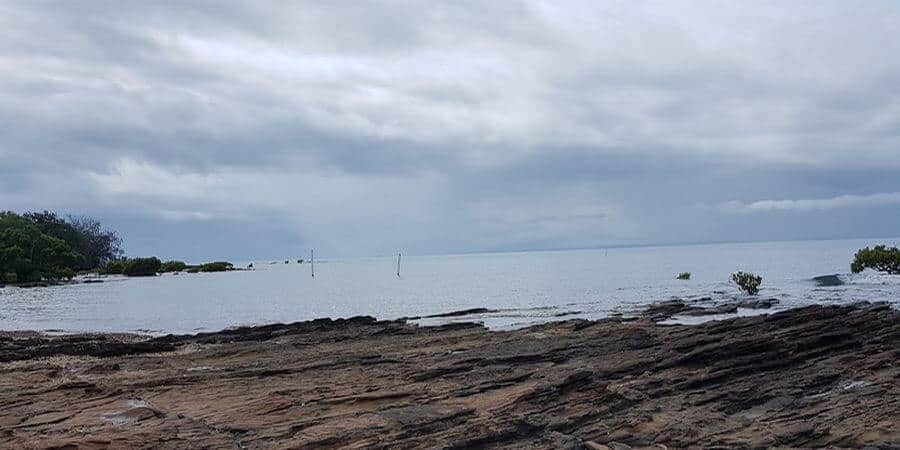 Australia is a wilderness full of exotic wildlife, gorgeous scenery, and exciting adventures. It is also a country where the surrounding ocean can produce some crazy currents and turbulent waves.

Weather, in general, is pretty fascinating. Between the various patterns of weather and natural events that can occur, learning about certain weather is interesting. This is particularly true for cyclones as well.

Cyclones, or tropical cyclones, are extremely devastating. They are characterised by high winds, heavy rains squalls, and a rotating centre that allows them to travel great distances.

Typically, cyclones form off of coastline lines within the ocean and experience growth into various strengths of categories.

From this point, they are known to move inwards to land areas causing flooding, property damage, and sometimes even fatalities. Cyclones that are considered “tropical cyclones” are specifically formed over tropical sea areas, like those areas off the eastern coastline of Australia.

Can A Cyclone Hit Hervey Bay?

Hervey Bay is within the Fraser Coast Region of Queensland on the eastern coastline of Australia. This area is directly across from Fraser Island which lies in the Coral Sea.

Because of Fraser Islands massive size (about 1,655 kilometres squared!), the Hervey Bay is generally protected from extreme cyclone activity.

While Fraser Island does offer Hervey Bay some substantial protection, the bay area has experienced cyclone damage throughout the years. The most recent cyclone recording for the area appears to be January 1992 when Cyclone Betsy caused some significant beach erosion in Hervey Bay.

This directly resulted in the loss of about 1000 kilometres squared of seagrass. In more recent years, other cyclones have posed a threat. Cyclone Oswald

in 2013 passed over the south-east parts of Queensland, causing power outages among other property damages.

Hervey Bay was spared in this case, however, if tropical cyclones are strong enough, other parts of coastline can experience heavy rains or winds as the end trails of a storm.

was a dangerous cyclone in the Queensland area and Hervey Bay did have some damage due to tornadoes that were a direct result of the cyclone.

Once again, this showcases that coastal areas that might be protected by large land masses like Fraser Island can still have residual damage from the effects of a storm or cyclone.

Does Hervey Bay Get Cyclones?

As previously discussed, Hervey Bay is generally protected from the severity of cyclones touching down on land due to Fraser Island.

The bay area is perfectly tucked off the western coastline of the island, thus, experiencing less cyclone action than other areas of Queensland, specifically the southeast where those coastlines are far more vulnerable.

Even still, Hervey Bay and its residents or visitors should never expect to be “cyclone weather-free“. It is still a coastline and it can still receive various winds, and storms, etc. from cyclones that have touched down in other areas.

Depending on the category of the storm, these factors can be severe or minor to the area overall. That is especially true in the case of Cyclone Hamish.

Cyclone Betsy in January 1992 was a case of the weather being quite unpredictable. While local weathermen can assess the situation to a degree, the collective result can differ due to extremely wild weather.

Due to this factor, any cyclone activity around the Queensland area should always be taken seriously. Anything can happen and cyclones can cause astronomical dollars in damage.

While property damage cannot be avoided by extreme cyclone weather, taking any preventive measures is better than nothing.

How To Be Cyclone Safe In Hervey Bay

Cyclones have been known to cause significant damage to natural surroundings as well as structures. Structural damage varies from people’s homes, businesses, etc.

Queensland as a whole has tried to implement more effective ways to keep these structures as intact as possible from the forces of cyclones. As expressed before, not all property damage can be avoided, however, some measures taken to be a step-ahead is never a bad idea.

Throughout the years, Queensland has compiled ideas

related to keeping its residents safer in these situations as well as protect structures as well. Below are the ways that they have suggested to help reduce property damage during cyclone activity.

The following ideas can be used in any part of Queensland, including Hervey Bay.

If evacuation is not possible, seeking low ground with little to no windows is the most ideal place to be. Windows pose a huge threat as they are easily broken by flying debris or strong winds.

Queensland, in combination with the construction of housing, has made efforts to ensure housing has proper siding that is more weather resistant.

Not everyone can afford to buy new siding, however, checking into whether or not a house has this type of material is helpful to know.

This programme has been developed to help with wind resistance in relation to cyclone weather. While Hervey Bay doesn’t necessarily need this type of siding, it isn’t a bad idea to have just in case.

Listen To Radio Or Watch Tv For The News

Staying informed is a critical way to stay safe during any cyclone activity. Listening to local radio or tv can provide information on where the cyclone is heading and provide any possible evacuation instructions.

The Bureau of Meteorology

of Australia (or BOM) is an effective online tool to stay informed on current or upcoming weather events throughout Australia. It is especially helpful during a cyclone.

Know When To Evacuate If Needed

Just like other parts of Queensland, Hervey Bay might need to be evacuated. If this is the case, following all evacuation instructions will ensure the safest route possible.

Cyclones are simply too dangerous to risk staying put. Generally, evacuations will instruct moving further inland away from the coastline.

Cyclones are serious storms that can rapidly increase in size and strength. These safety measures are a great way to stay ahead of any storm activity and stay safe.

As these speeds will show, cyclones can really pack a punch with the wind they produce. Nothing is worth risking during these types of storms. This is why keeping safe is the ultimate goal.

Staying informed, evacuating when needed, and seeking low ground is absolutely essential. Hervey Bay is fortunate enough to have Fraser Island blocking it from most seaward turbulence, however, anything is possible and even residual wind gusts or rain from a cyclone can cause damage.