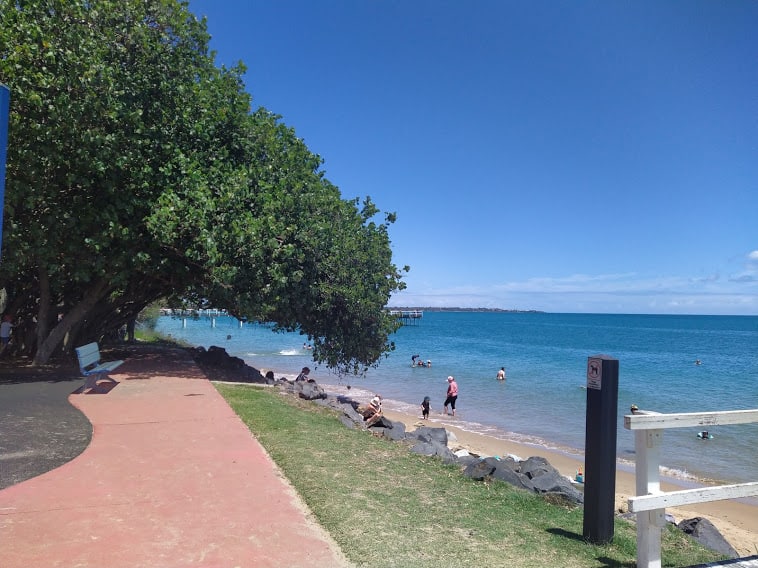 Queensland is the second-largest state in Australia. It is brimming with various cities and coastal towns for visitors to explore. One of the most well-known areas of the state is Hervey Bay.

Hervey Bay is one of many beautiful places to visit in Queensland, but what exactly is the area known for?

What Hervey Bay is known for is the huge numbers of Humpback Whales that return every year, making it the best whale watching experience anywhere in the world. Renowned as the closest access point to Fraser Island, Hervey Bay also bring tourists flocking to see this tranquil island destination.

Things That Hervey Bay Is Known For

The beaches in Hervey Bay are heavily praised as being some of the most pristine beaches in Queensland. They have soft, golden sands and calm waters. Moreover, it is very rare that the waters will have stingers present.

Because of this, the beaches are considered generally safe to swim in. However, just as with anywhere else, it is important to still stay alert for potential dangers.

These beaches are stunningly beautiful and provide a relaxing environment for visitors. The bay area attracts residents of Australia as well as tourists from other countries.

This is primarily due to its access to Fraser Island, however, its own beauty is part of the reason as well!

The weather in Hervey Bay is warm and considered subtropical (meaning it borders the tropics). The average temperature during the summer months (December to February) is in the high mid/high-26 region (in Celcius) which is quite warm.

In the cooler months, the average temperature is around 21 Celcius (give or take a few degrees).

Fishing is popular all over Australia, however, Hervey Bay has some really great spots for catching some fish. This includes heading to Fraser Island as well, specifically near Indian Head.

This area is known for its rock fishing. Beach fishing around the Hervey Bay area is also favoured by locals and tourists alike.

The beaches have near-perfect conditions to enjoy a day of fishing. Moreover, the Urangan Pier is a remarkable place to sit along the pier, fish, and soak in all of the surrounding beauty.

There is plenty of fish to possibly catch in the Hervey Bay area as well. This includes bream, whiting, trevally, mackerel and more. Additionally, there are fishing charters in the area too.

These charters are boat charters which take guests to prime locations for casting out a line. For fishing enthusiasts, this could be a great choice!

Hervey Bay is known for a quite bit, and the various historical sites give the area a really rich background. One of the most popular places to visit in the bay area is the historical museum.

This small village presents visitors with live-action reenactments of how life was in the past. It also has over 12,000 items on display from the settlement times as well as over 20 buildings to explore.

It truly is the best insight into how life was in Hervey Bay before modernisation took place.

Another popular historical site within the Hervey Bay area includes the Maheno Shipwreck off the eastern coast of Fraser Island. This shipwreck met with the island’s shoreline back in 1935.

The ship was used by naval forces in the First World War, and a cyclone ended its journies when it washed ashore on Fraser Island.

Today, the rusted skeletal remains of the ship still serve as a conversational piece for visitors to the Hervey Bay and Fraser Island areas.

Hervey Bay is widely known for its large esplanade that stretches right along the coastline backing a lot of beaches. Specifically, the esplanade is around 17km in length running from Urangan to Point Vernon to the north-west part of the bay area.

The esplanade is the perfect way to indulge in the natural surroundings of Australia while still enjoying access to various towns and local shops. It is known for being a hub for cyclists and those who want to get a bit of exercise.

Hervey Bay is one of many great diving spots within Queensland. The Hervey Bay Diving Centre is a popular organisation that offers diving tours of remarkable spots around the bay area.

These include areas around the Urangan Pier, the Tobruk wreck, and general dive sites throughout the area.

is probably one of the most iconic dives near Hervey Bay. This dive takes guests to the north seabed not far from the Hervey Bay area.

What makes the Tobruk so remarkable is its swim-through experience. The ship itself is amazing and you can swim through it, giving guests quite a unique experience.

Throughout the years, marine life has made its way into the shipwreck which makes it incredibly fascinating to explore.

The wreck ranges in depths of 12-30 metres giving people with almost any diving experience ample opportunity to see the site.

One thing that Hervey Bay is most known for is its access to Fraser Island, the world’s largest sand island. From River Heads (only 45 minutes south), guests can catch a ferry to the famous island.

Guests can explore the island via 4×4 (provided they have the proper permits), by foot or by tour. There are perched lakes to see and an ancient rainforest to trek through that grows right out of the sand dunes.

Fraser Island proves to be the idyllic sight-seeing location of the Hervey Bay area!

While the idyllic surroundings, fishing opportunities, and much more make Hervey Bay a well-known spot in Queensland, it is probably most known for the whales.

Humpback whales can be seen off the shorelines of Hervey Bay during their migration season. This is typically between July and October, however, the time frame can be slightly earlier or later depending on the whale’s movement.

They are known to make the pit-stop in Hervey Bay to enjoy the calming waters and relax with their calves during their journey.

Whale watching in Hervey Bay has been going on for decades. However, because of the number of whales that show up to the waters, Hervey Bay was crowned as the “whale watching capital of the world“.

It truly is the most iconic place to see these magnificent creatures. Thousands of humpbacks are spotted every year and because of this, the area attracts people from all over the world to witness the phenomena.

The whales can be seen from Fraser Island, the Urangan Pier, and even sometimes the beaches. Even though there are ample places to spot a sighting of the whales, the best way to experience seeing the whales is by heading out on a whale-watching tour boat.

These boats run through various charters and organisations but their purpose is all the same; to showcase the incredible whales.

Whales are naturally curious, so going out on a tour boat gives guests a front-row seat to see the whales in action.

They have been known to approach tour boats in a curious manner, not a dangerous one. They are simply fascinating to see frolicking among the waters in the bay area.

What Is Hervey Bay Famous For?

Overall, Hervey Bay is famous for being a gateway to Fraser Island and its naturalistic beauty. Moreover, it is famous for the humpbacks that frequent its waters every year.

Both of these things make Hervey Bay internationally known. Even though the area itself isn’t very large compared to other Queensland cities, Hervey Bay still delivers big on entertainment and gorgeous surroundings.

It will continue to be well-known and famous for the island and the whales because they are what is at the heart of the bay area!

For Tours And Things To Do Click Here For Pricing