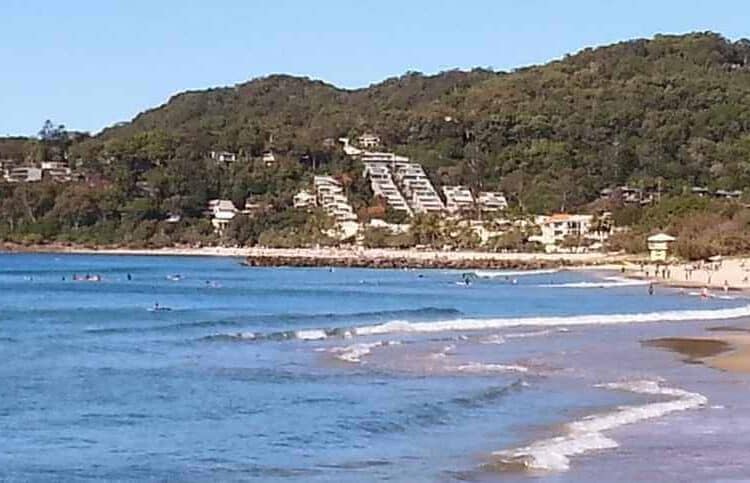 Queensland is the second-largest state in Australia and is well known for its glorious tropical climate and diverse wildlife.

This climate is, of course, one of the main attractions when it comes to tourists visiting the beautiful beaches in Queensland, of which there are many.

That being said, there are many dangers that come with visiting a beach in the Queensland area and it is important that you take certain safety precautions in order that your visit to the beach is a safe and happy one.

In this article, we are going to take a look at some useful tips to take into consideration when visiting the beaches in this stunning region of Australia.

What Are The Dangers That May Be Present On A Queensland Beach?

Before attending the beach in Queensland you should educate yourself on what dangers you are likely to come across, this way you will be better armed to protect yourself and expand your knowledge of beach safety in Queensland.

Once we have established what the dangers are, we will look into how you can stay safe. Some of the dangers that you may experience are as follows;

One of the most commonly recognised dangers of swimming in the Australian sea, especially in Queensland is sharks. Foreigners visiting the country will instantly think of these dangerous fish, and whilst they are a threat, shark attacks are not as rife as one would be led to believe.

According to our sources, since 1988 there has been on average a total of 163 shark attacks per year in the entire country, with only half of those occurring in Queensland. Only nine of those per year, on average, prove to be fatal.

Coupled with this there is the risk of a crocodile attack whilst at the beach, but again this is extremely rare and according to lifesaving.com.au

there have only been 14 crocodile attacks on Queensland beaches in the last ten years, that being said it is always worth being mindful of the fact that we are sharing the beach with these creatures, whose home we are visiting.

Sunburn is common whilst soaking up the rays on a Queensland beach, with many people forgetting to apply sunscreen. In Brisbane, you can expect summer temperatures to reach an average of 29 degrees Celsius, which of course is a temperature hot enough to cause severe sunburn if you are not properly protected.

Jellyfish are a natural part of the marine ecosystem in Queensland and they certainly are amazing creatures, however, their stings can be fatal and so being aware of their presence is essential when visiting a beach in this state.

Drowning is, in fact, a leading cause of death on Australian beaches as opposed to what people may lead you to believe, opting for the wildlife being the most dangerous thing. It is important to be mindful of strong currents within the sea, especially on surfing beaches.

Would you believe that the lowly coral could pose a threat? Not a terrible one, but it is a danger nonetheless. When swimming in Queensland seas you will come across many glorious coral reefs, especially if you decide to explore the world-famous Great Barrier Reef

With its beauty in mind, you should also be aware that coral cuts are common and these can be painful and bleed profusely.

How Can I Stay Safe On A Queensland Beach?

With all the risks involved, it may be easy to be put off going to the beach whilst in Queensland but just like any other place in the world, the risks can be avoided if you follow simple safety rules and heed local warnings.

Before we take a look at the tips regarding the hazards we have just covered, we want to share the beach flag system which is used in Australia.

These flags serve as a warning for when the water is safe and when it is not and the system should be adhered to at all times in order to protect yourself.

Following the flag system is a good way to be beach safe, however, there are other things you can do in order to maximise your safety whilst at the beach in Queensland.

To avoid shark, crocodile or other marine accidents it is vital that you only swim in the red and yellow flagged zone. If you are new to the area and see a yellow flag, advising caution it might be worth speaking to a local lifeguard to get further information and if you still are not confident, it is best to stay out of the water.

This advice can be extended to the strong currents which are often seen in this area. Following the flag, the advice is the best way to protect yourself. If a yellow flag is showing and you are not a strong, confident swimmer, you should not enter the water – it is better to be safe than sorry.

Lifeguards are present if you were unfortunate enough to get caught in a rip, but this should be a last resort and not an “insurance policy“. If you do find yourself caught, the most important thing to do is to remain calm and signal for help.

It is vital that you do not try to fight the rip by swimming against it if you can attempt to swim a parallel to the beach as this may free you from the current.

As far as sunburn is concerned, the easiest thing you can do is to apply sunscreen at regular intervals, it should be applied thirty minutes before sun exposure and every two hours whilst in the sun, more often if you are in the water.

Covering up using a wide hat and a t-shirt will also offer you a good level of protection. Don’t forget to find your most trendy shades to protect your eyes too!

Australia is known to have one of the highest numbers of skin cancers every year, mostly down to sun exposure, protecting your skin is your first line of defence against this disease so do it wisely.

If you are swimming along a coral reef and suffer a coral cut, it is important that you clean the wound as soon as possible and dress it to avoid infection. Whilst the cut itself is not serious, any infection that may have entered it from the reef could be.

Wearing clothing that covers your skin whilst on the reef can also be of use when trying to avoid cuts and can also protect against accidental brushes with jellyfish and other marine stingers.

With the above point in mind, to avoid contact with anything that may sting in the water, it is highly recommended that when you are wading in the sea wear something on your feet, a pair of thongs will suffice, this will give protection should you step on something.

At first glance, it may seem like a bad idea to go to a beach in Queensland due to the number of dangers that are possible. But why turn down the opportunity to experience some of the most beautiful beaches in the world when those dangers are only real if you do not arm yourself with the correct protection?

Swimming at a patrolled beach and following the safety warnings will keep you safe, as well as following our simple steps to ensure your trip to the beach is nothing but the pleasurable experience it should be.