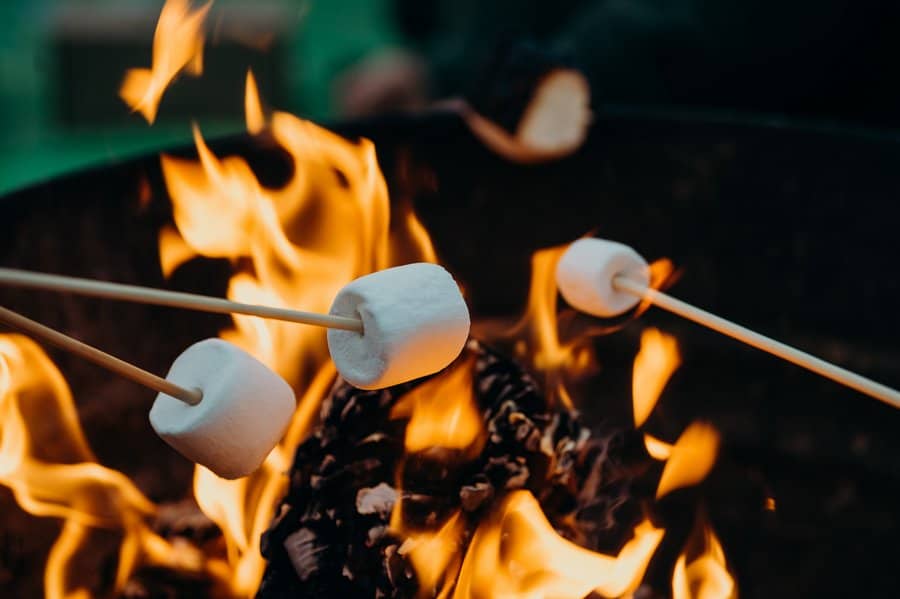 Fraser Island is part of Great Sandy National Park. In an attempt to protect its beauty, UNESCO listed Fraser Island as a protected area. This means that some actions are limited to protecting the land from damage.

You can’t have campfires on Fraser Island. There is an open fire ban and only two camping locations allow fires under very specific guidelines. In Dundubara and Waddy Point campgrounds, campers have access to fire rings, and these are the only places where officials allow campfires.

Let’s break down these rules a little more to help you understand them better.

Why Are Camp Fires Banned On Most Of Fraser Island?

Campfires are banned on most of Fraser Island to prevent injury, prevent wildfires, and prevent the environmental impacts of collecting wood. There may be complete bans if authorities believe there is a heightened risk of bush fires.

that you can have a campfire on Fraser Island are in fire rings where authorities have deemed it safe. Otherwise, guests are not permitted to burn anything at any other location. Let’s look at some of the reasons why campfires are not permitted.

One of the biggest reasons for banning fires on Frazer Island is to help prevent wildfires. Even small campfires can become quite dangerous if left unattended, not put out completely, or carried by strong winds.

Authorities have found that the best way to prevent wildfires in that area is to ban fires altogether outside of designated spaces.

The reason for this concern is that Australian fire services have estimated that they respond to about 45,000 to 60,000 bushfires

per year. Humans, whether accidentally or maliciously, cause about 90 per cent of those fires.

So, authorities feel the need to protect their land from damaging fires by placing fire bans on areas that are especially at risk.

Another important factor in deciding to ban fires on Fraser Island is to protect the people there. Fraser Island is the largest sand island globally, and it attracts about 380,000 visitors per year. With this many guests coming and going from the island, authorities have put a fire ban in place to help protect them.

Once wildfires start, it can be difficult to try to contain them. They tend to speak quickly through forests leaving behind devastation. Imagine camping peacefully in the trees and waking up to fire surrounding your campfire, with wildfires being so common in Australia.

Tragedies like these are easy to combat with rules pertaining to campfires.

No matter how fun they may be, campfires pose a major risk to the environment. Campfires release gasses into the air that are not good for the environment. Probably the most notable of these gases is carbon dioxide, which strongly contributes to global warming

This is not the only threat that campfires pose. It is common for campers to burn their trash as well. Not only does burning trash spread harmful emissions, but it also can leave behind debris. While some may think that burning trash is the fastest and most efficient way to get rid of it, it can actually cause environmental issues.

Finally, consider where campers get their firewood from. While some people may bring along something to burn, most people choose to look around and find sticks and branches to burn. Using resources around you may be helpful in a survival scenario in other areas. (*please read more on this below).

Damaging nearby trees for firewood is harmful to the environment. *Please note collecting sticks and branches is not allowed on Fraser Island to start fires.

How To Properly Use A Fire Ring On Fraser Island

To use the fire rings

There are rules to follow for those in an area where burning is welcome. You will notice the rings and designated burning areas. These have been established by authorities and deemed safe enough for controlled burning. The locations make it difficult for fires to get out of control and easy for fire officials to get there if needed.

To use a fire ring when camping on Fraser Island, you must bring your own firewood to burn. The wood you bring needs to be untreated. Using untreated wood for campfires prevents any additional harmful chemicals from being emitted while it is burning.

While CO2 is still a concern for burning wood, this rule prevents additional chemicals from being released.

In addition to your own wood, Fraser Island guests must also bring their own fire starters. Local regulations do not allow campers to collect kindling from the area for their fires. So, if you plan to camp near a fire ring, make sure you bring your own fire starter. Otherwise, you won’t be able to start a fire.

How To Cook On Fraser Island With The Fire Ban

Despite the fire ban on Fraser Island, campers can still cook food while camping by using a fuel or gas stove. Regulations allow guests to use these with certain rules in place for safety, but a total fire ban would make their use illegal.

With the fire bans

listed all around Fraser Island, you may be wondering how people can cook when they camp. Thankfully, authorities have considered this as well. So, they decided to allow guests to use fuel or gas stoves when camping to cook their food or provide heat.

It is important to note that these are the only acceptable reasons to use one.

So, let’s talk about some of the rules in place for fuel and gas stoves. First, campers can’t use wood in any way during the process. The appliance must use gas or manufactured fuel only. Campers must place the stove at least 20 centimetres (8 inches) off the ground and at least 2 meters (7 feet) away from any flammable material.

There are select places on Fraser Island where authorities allow campfires. Keep in mind that authorities may implement a fire ban if they feel there is a risk of fire rings causing wildfires. So, even in these areas, guests may not have a campfire if authorities order a ban.