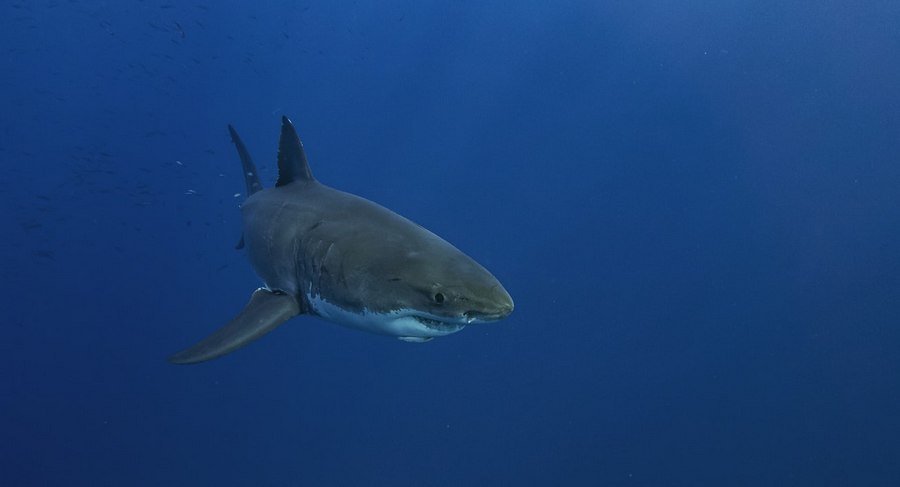 Australia is no stranger to potential wildlife dangers. Whether it is on land or sea, there always is a chance of a wildlife encounter.

Nothing is truly predictable, however, being alert ensures that emergency services can be called for if needed. One potential danger around Australia includes sharks.

Sharks can pretty aggressive predators. They are found in the ocean all over the world, including Australia.

Hervey Bay sits close by to Fraser Island and over the years there have been more shark sightings than in the past. But history shows Hervey Bay has had very few shark attacks over many years, Meaning overall it’s very safe to swim here in the calm waters despite having no shark nets on the beaches.

When visiting these particular areas, it Is important to stay alert and be aware of past attacks or sightings.

Hervey Bay is a beautiful coastal area in Queensland. Specifically, it is associated with the Fraser Coast Region of the state due to its proximity to Fraser Island itself.

The massive island (which is over 1,600 square kilometres in size!) protects the bay area from too much turbulence in the ocean waters.

However, even though Hervey Bay is known for its pristine and quaint beaches, wildlife can still make its way into the waters. In the past, there have more sightings of sharks around the Hervey Bay area.

Even with an increase of shark sightings in Hervey Bay, the area still remains one of the only spots in Queensland where protective barriers haven’t been installed at every beach.

This is because a lot of Hervey Bay beaches aren’t patrolled. Beachgoers shouldn’t enter waters where the beach isn’t being patrolled.

Other places around Queensland have drumline barriers in an attempt to deter sharks from entering swimming waters. The number of sightings hasn’t increased so much as to cause too much concern.

It is important to note that these sightings may or may not be confirmed sightings. The general public might seen a fin in the water and assume it is a shark.

While it is good to raise awareness, because wildlife can be unpredictable, these sightings could be dolphin fins. Usually, the sightings are from far away so people can’t always tell the difference between a dolphin fin or a shark fin.

Perhaps the lack of drumline barriers sits in the fact that the sightings aren’t always too accurate. Local fisherman in the Hervey Bay area have spotted tiger sharks throughout the years.

Some would even venture to say that they have caught sharks while fishing as well.

Whether or not the sightings are confirmed, people still question if there have been any shark attacks in the Hervey Bay area. After all, seeing a potential shark and a shark attack are two very different things.

in the Hervey Bay area are few and far between. Even still, as previously mentioned, sharks can still linger in the calming waters in the bay area.

While shark attacks are less common in Hervey Bay, there have reportedly been some.

Knowing about previous attacks can help future travellers or visitors to the area stay aware when entering any waters around Hervey Bay! Below are the known shark attacks in Hervey Bay

These are the most known about and recorded shark attacks in Hervey Bay. As the data shows, the attacks aren’t very frequent.

Fraser Island is a known area in Hervey Bay to have sharks, however, it should be noted that sharks around the island are primarily on the eastern side.

Even so, sharks can appear on the western side closer to the mainland where Hervey Bay is directly.

Hervey Bay beaches are considered to be some of the safest ones to swim at in Queensland. The waters are calmer here and people tend to swim and fish in the area quite often.

Guests should always keep an eye out though just to be sure everyone is as safe as possible.

There isn’t a direct way to be “shark safe” in Australian waters other than not swimming in areas where they are known to frequent (like the eastern coast of Fraser Island), not swimming at dusk or dawn, and never, ever swimming alone.

Sharks come in various species, just like most other types of creatures in the animal kingdom.

Some species are more aggressive than others. For example, reef sharks aren’t aggressive towards humans and are often seen darting around the Great Barrier Reef.

However, as with any wild animal, they shouldn’t be provoked. With various species of sharks out there, what are some of the species that have been spotted around Hervey Bay?

These are the most common species that have been spotted in the waters around Hervey Bay.

Out of these species, only the tiger, bull, and great white sharks are considered a real danger.

This isn’t to say that people shouldn’t still be cautious. Taking unnecessary risks is never a smart thing to do when dealing with these creatures.

Hervey Bay is a great place to swim or fish and sharks shouldn’t be a major concern for visitors. However, as expressed, always be on alert!