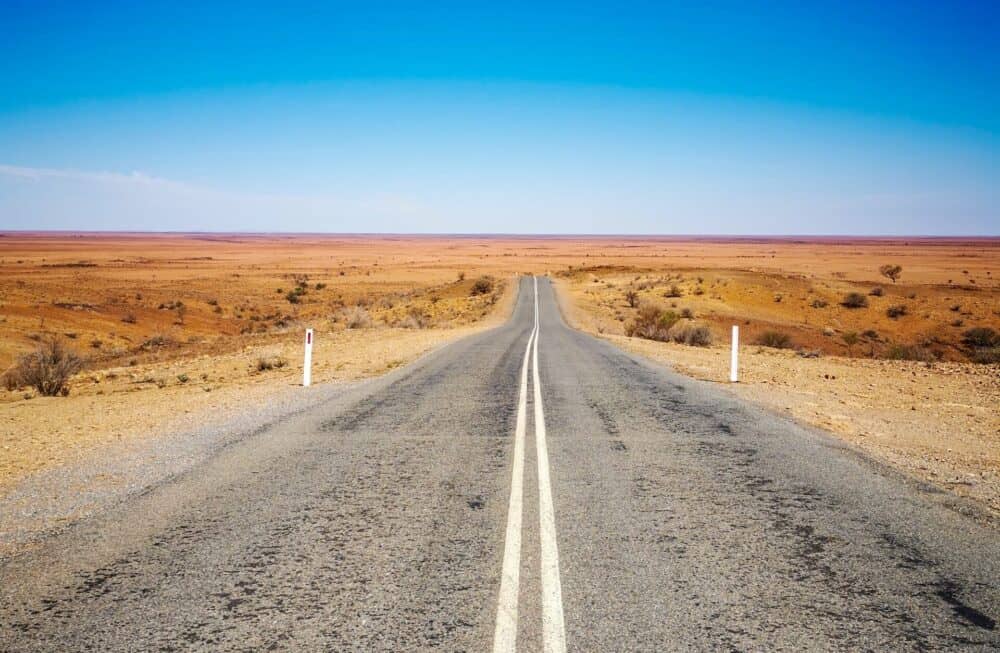 If you want to camp in Australia, note that camping trips can sometimes require a lot of travelling. The campsite you want to go to might be far away, or the hotel you want to stay in might be full. Since driving for an extended period can be dangerous and you don’t want to risk falling asleep while driving you may wonder if you could camp on the side of the road in Australia if you ever have to.

You can camp on the side of the road in certain states in Australia. For example, you can sleep in your car or motorhome in New South Wales, provided you park where it’s permitted. In Victoria, it’s legal only in certain areas, and in Queensland, you can only camp in designated camping areas.

Is It Legal To Camp On The Side Of The Road In Australia?

Some people travel long distances daily, and sometimes they get tired and take a quick nap in their car. Others may look for a place to camp for a few days. Sleeping in your vehicle and camping on the side of the road isn’t the same thing, but there isn’t much difference as far as the law is concerned.

For this article, let’s focus on whether you can camp on the side of the road in your vehicle or motorhome. If you want to pitch a tent, do so only in designated camping areas or areas where free camping is allowed.

If you plan on travelling a long distance or going on a road trip, check the state and city laws to ensure you’re allowed to camp on the side of the road. When in doubt, it’s always best to play it safe and book a spot at a designated campground or national park.

There are also designated roadside rest areas where you can stay if you have nowhere to stop for the night. These rest areas are for emergencies or travellers making their way to a faraway holiday destination and usually have a time limit of 24 hours that you may stay.

On the other hand, if you’re only passing through or on a road trip and feeling tired, you may want to camp by the roadside for the night, whether in your car, caravan, or motorhome.

In New South Wales, you can sleep in your vehicle as long as you stop on a road where parking is permitted. Don’t park in restricted zones; if caught, you’ll be asked to move and may even be fined.

You Can Only Camp On Designated Campgrounds In Queensland

Queensland has some of the most breathtaking parks, forests, and beaches in Australia, and sometimes the campgrounds get busy. Therefore, make early bookings if you plan on staying in this beautiful state.

In Queensland, you cannot camp on the side of the road or sleep in your vehicle anywhere but on designated campgrounds. Ensure to book and pay for a camping permit before setting out. You can book your holiday accommodation here.

You can get in big trouble if caught camping in your vehicle next to the road. So, book a stay at one of the many magnificent campgrounds as they all allow tents, and some allow caravans and motorhomes.

Victoria is a fantastic place, with many different attractions; however, the laws on whether you can sleep next to the road in your vehicle differ from city to city.

Sleeping and camping in your car or campervan are allowed in some areas but against the law in others. Pitching a tent next to the side of the road is not permitted and should only be done at designated camping sites.

If you’re travelling through Hobsons Bay or Manningham

, don’t stop anywhere to sleep but in designated parks. It’s better to be prepared and plan your trip carefully to have a safe and secure place to stop for the night.

Camping next to the side of the road might seem like a good idea, but staying over at national parks or designated campgrounds is best.

Is It Legal To Camp At Roadside Rest Areas In Australia?

Camping at roadside rest areas in Australia is legal, but only for 24 hours. You may sleep at rest areas in your car, campervan, or caravan, but don’t pitch your tent there. Rest areas are for long-distance travellers and shouldn’t be mistaken for a campground.

Camping on the side of the road may seem like a good idea if you’re tired or can’t find a campground, but it isn’t always the safest or best option.

Some states in Australia allow people to camp next to the road in their vehicles while others don’t, and you could get a fine if caught. If sleeping in your car is your only option, it’s best to check with the local city if it’s allowed.

link to Can You Take A Van To Moreton Island?

Moreton Island is a dream destination for those who like rugged camping and off-roading vacations. The sand island is a great place to take your van and drive around using beach highways and inland...

Continue Reading
link to Can You Freedom Camp In South Australia?

South Australia is a paradise for campers, thanks to its numerous attractions and officially designated camping spots. But suppose you'd like to hit the road and be spontaneous. Can you freedom camp...