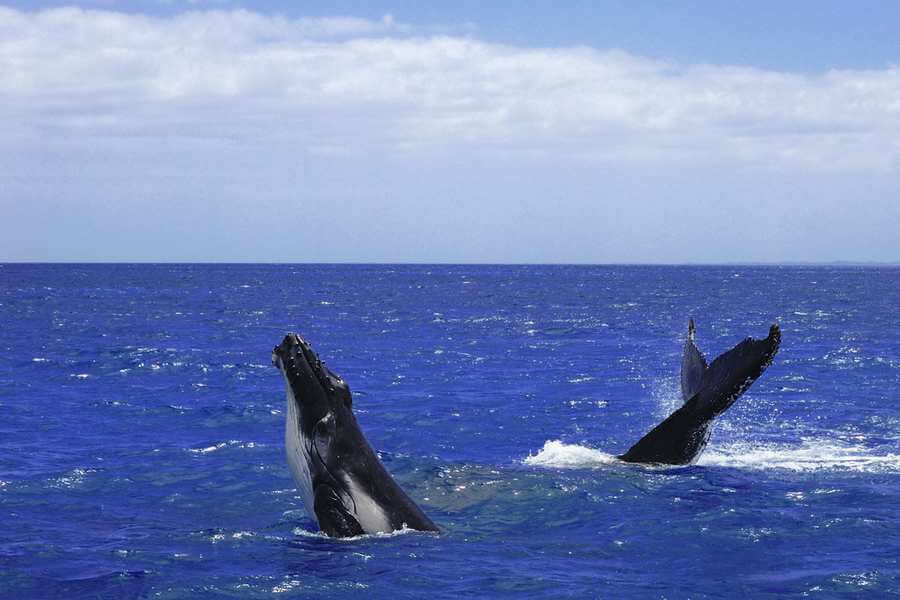 The Humpback whale migration starts from Antarctica to the sub-tropical coastal waters of western and eastern Australia and Fiji to give birth and mate during winter and spring.

Each year at least 1200 humpbacks migrate 5000km to the eastern coast of Australia.

On the southern migration back to Antarctic waters, a large proportion of the whale’s stopover for a few days in Hervey Bay. Most humpbacks will have left the Queensland coast by the beginning of November.

The Humpback whales that visit Australia’s coastal waters spend their summer months feeding in the Antarctic.

With the onset of the southern hemisphere winter, the Humpbacks migrate an average of 2,500km from polar waters to their tropical breeding grounds, undertaking some of the longest migrations in the animal kingdom.

Although similar migrations of the same species occur in the northern and southern hemispheres, the two populations never interbreed, even where they use the same equatorial breeding waters, because the northward and southward convergences on tropical waters occur six months apart.

Whereas most migrating whales avoid landmasses, the Humpbacks follow the coastline reasonably close to shore, which makes them an ideal rest spot.

In winter, Antarctic food becomes scarce and the waters become far too cold for these warm-blooded animals. The cold would kill any the new-born calves as they are born without the insulating layer of blubber.

To ensure the survival of the calves, the mothers produce 600 litres of extremely rich milk per day. The calves will drink this up really fast.

The whales do not depart en masse but flow in and out of their breeding waters over a five-month period. As they travel they do not actively feed, except perhaps on occasional Young calves making their first migratory journey back to Antarctica are particularly vulnerable to natural and unnatural forces.

The young calves position themselves just behind their mother’s widest diameter and just below and beside her dorsal fin.

The water flowing between their bodies increases in velocity and decreases the pressure in the area, enabling the young calf to keep pace with.

All photographs shown on this page are copyright © 1997 Seaspray Charters – used with permission.