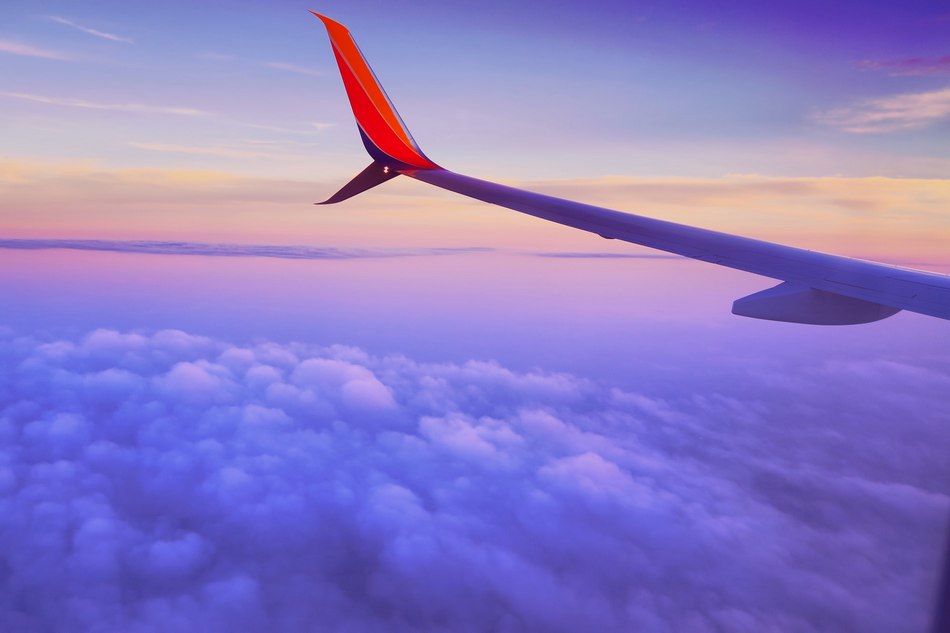 When flying east to west, there is more turbulence. The jet streams blow against the airplane which results in strong headwinds blowing against the turbines, creating turbulence. Jet streams are high-altitude air currents caused by Earth’s rotation and atmospheric heating.

Next time you are traveling, do not be surprised if you experience more turbulence and the travel time takes longer. Wait for the compelling way back, knowing the pilot will get you home fast by flying along the crazy jet stream!. Keep reading to gain a better understanding of routes prone to high turbulence.

Why Is Flying East To West More Turbulent?

Turbulence can be terrifying when in reality, it is nothing of concern. It is a very common phenomenon faced each day. It might feel like the plane is falling; when it is not, it is mostly the cause of a tea spill and the juggle of your luggage in the overhead compartment.

Clean air turbulence is experienced due to jet streams, which is why the flight times may differ on the same path but in opposite directions.

What Are Jet Streams?

are fast-flowing air currents found in the atmosphere with high altitudes. They are usually found above 32,000 feet.  Their formation occurs due to the heat from the sun’s radiation and the Coriolis force of the earth.

When combined, streams of fast-flowing air are produced, resulting in variations in flight times when flying from east to west.

Turbulence is usually caused at the start or end of jet streams. As the flow of air is faster in jet streams, there is a change in air pressure when a plane enters or exits the jet stream. To save the plane from turbulence, pilots usually fly above or below the jet stream.

How To Deal With Turbulence?

Some passengers get really scared of turbulence, so how do you deal with it? Here are a few tips to overcome your fear and relax the next time you face turbulence.

Why Is It Faster To Fly West To East?

The flight times between two directions may vary. Such as the flight from London to New York takes more than 8 hours; however, flying back to London takes seven hours or less. What is the reason behind this?

The spinning of the earth is not related; however, it may seem like a logical reason. The real reason behind this incident has to do with jet streams.

Pilots prioritize flying through the jet streams to shorten the flight when planning a flight from west to east. As the jet stream has fast-flowing air currents, planes stay in the jet stream to reach their destination faster, and it helps save fuel as well.

Turbulence can make anyone feel uncomfortable, although it is not a sign of danger. Understanding the routes exposed to higher turbulence is very important. It helps you mentally prepare for what’s to come. A few of the routes are below:

Clear air turbulence is experienced the most on this flight because of the presence of jet streams, and most likely, the pilots cannot predict them. Flights traveling from the United States to Europe are exposed to turbulence while crossing the Atlantic Ocean.

When flying over bodies of water, there is a higher chance of turbulence because of wind shear.

is ranked amongst the turbulent flight areas.

As hurricanes include heavy rains, strong winds, and thunderstorms, even if you fly hundreds of miles away, the storms can still cause turbulence. Pilots are careful enough not to fly into hurricanes or typhoons but around them to avoid the worst conditions.

The combination of mountain ranges, sea, and weather systems of Europe creates air circulation. The North’s cold air, when met with the South’s warm air, can cause storms. It is due to the difference in temperature. That being said, you should be ready for a turbulent flight when flying over Europe.

South Asian countries such as Pakistan, Bangladesh, India, Thailand, Laos, etc., encounter the monsoon season. It lasts from mid-June till December. This season is known for heavy rainfall and intense winds, which can impact flights.

Can Turbulence Flip A Plane?

No, turbulence can not flip a plane, no matter how bad it may be. In worst scenarios, it can only scare the passengers who think it might bring down the plane. The chances of turbulence causing the plane to flip or crash are very minimal.

Do Bigger Planes Have Less Turbulence?

Yes, bigger planes have less turbulence. As they are heavier compared to the small ones, they are not affected by turbulence as much as smaller planes. So it is commonly worse to experience turbulence in smaller planes as they weigh less and are more exposed to moving along the heavy air.

Where In A Plane Is There The Least Turbulence?

If you are going through a flight route heading east to west, do not worry if you experience turbulence. It poses no safety threats and is simply caused by a natural phenomenon called jet streams. Do not cancel your travel plans, as there are plenty of ways to keep yourself diverted during turbulence.

Follow our tips and reach your desired destination without panicking!