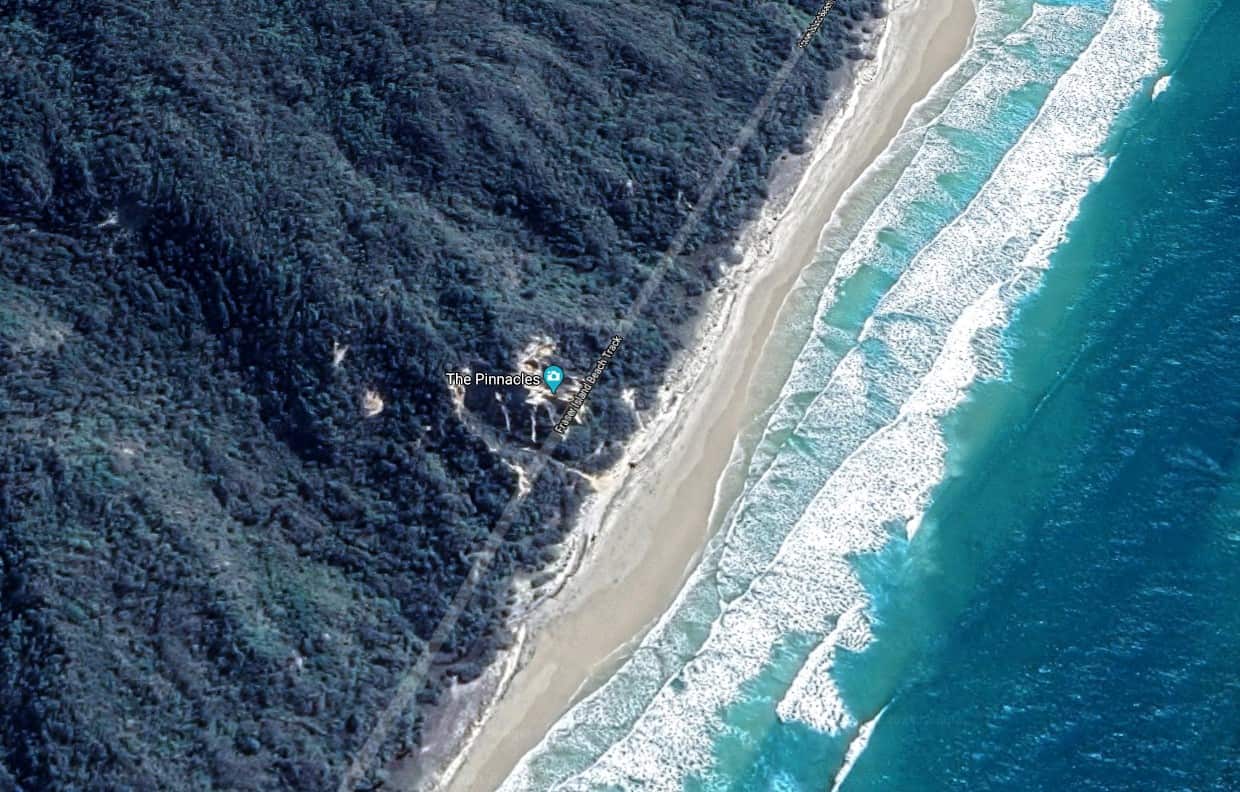 Camping on Fraser Island can be a truly rewarding experience. There are a variety of formal campgrounds with excellent facilities, but if you’re more of a free spirit, you might want to wander off the beaten track a little bit and sleep closer to the wilderness.

There are definitely opportunities to camp in informal areas on Fraser Island, but the question of whether you can free camp there is a little more complicated. This is mainly due to the strict safety rules to protect visitors from dangers such as dingoes and forest fires.

Technically, free camping is not allowed on Fraser Island. Anyone wishing to camp on the island needs to apply and pay for a camping permit beforehand. There are many informal campgrounds, however, these are not free camps, with little-to-no facilities, they can be found on the east and west sides.

While there are restrictions to camping on Fraser Island, and for important safety and conservation reasons, that doesn’t mean that the only option is to camp at a formal campsite. There is a middle ground on Fraser Island, with lots of opportunities for feeling like you’re truly camping in the wilderness.

This can be done 6 months in advance between 1st March and 30th September. Bookings are restricted to 14 days in advance for the rest of the year due to the high chance of forest fires which can require campgrounds to be closed for a period of time.

If you’re looking to avoid the formal campsite facilities for more of a free camping feel, there are lots of options to choose from. The most common informal camping grounds are those found on the beaches on the east and west side of the island.

There are nine informal campsites on the eastern beaches, located behind the sand dunes, and there are four on the western beaches. The latter is a little more off the beaten track so is ideal if you really want to feel like you are alone in the wilderness.

There are also walkers’ camps located along the Fraser Island Great Walk, which are perfect for pitching up for the night as you make the journey.

While These Camping Grounds Aren’t Formal, There Are Still Rules In Place:

1. Bring Your Own Firewood

Collecting any sort of firewood on Fraser Island is strictly off-limits. If you want to build a fire, you are going to have to bring along your own. This has to be milled tinder, to lower the risk of introducing disease into the plant life on the island.

2. You Can’t Make A Fire Everywhere

With that being said, building a fire isn’t allowed anyway in most of the campsites on the island. With the exception of communal fire rings at Dundubara and Waddy Point campsites. You can’t build a fire anywhere outside of these fire rings.

Generators are not permitted at the Garulim, Dulara, or Midyim camping areas. At the campsites where generators are allowed, you can only use them between 9 am and 9 pm.

The informal camping grounds on Fraser Island don’t have any rubbish bins, so you should plan ahead for how to carry your rubbish away with you. You should aim to leave the camping area exactly as you found it, so you should never modify the environment (cutting trees, digging trenches, etc) to allow yourself to camp there.

5. Traveling With Children On Fraser Island

If you have children with your group who are under the age of 14, you should camp in areas that are fenced in as protection from the dingoes. These areas are mainly found at the formal campsites, so it might be best to wait for any children to be older before trying out the informal camping opportunities on Fraser Island.

6. Portable Toilets A Must

You will need to bring your own portable toilet to some of the camping areas, including Garulim, Dulara, Midyim, and Cornwell’s Group.

You can use heating and cooking appliances in most of the camping areas, as long as a fire ban isn’t in place. There are some rules about how they can be used, including that they have to be at least 20cm off the ground and that you must take any waste or debris away with you.

8. Camping On The Beach

You should always camp at least 50m from the water. If you’re camping by a lake you can extend this to 100m, but you should stay 50m from any creeks.

Can You Camp Anywhere On Fraser Island?

So while you might not have the freedom to choose the exact spot that you will camp, you can choose a spot that allows you to just camp without being part of a formal campsite.

Do You Have To Pay To Camp At Fraser Island?

Camping permits aren’t free for any of the Australian National Parks, including Fraser Island, but the cost is minimal. You can pay for however many nights you want when you book your permit

True free camping is not permitted on Fraser Island but that doesn’t mean you have to miss out on the chance to the wilderness camping experience. There is a mix of formal and informal camping grounds on the island and some of the informal ones are in beautiful beach areas.

Always remember to book your camping and vehicle permits

before arriving at the island.