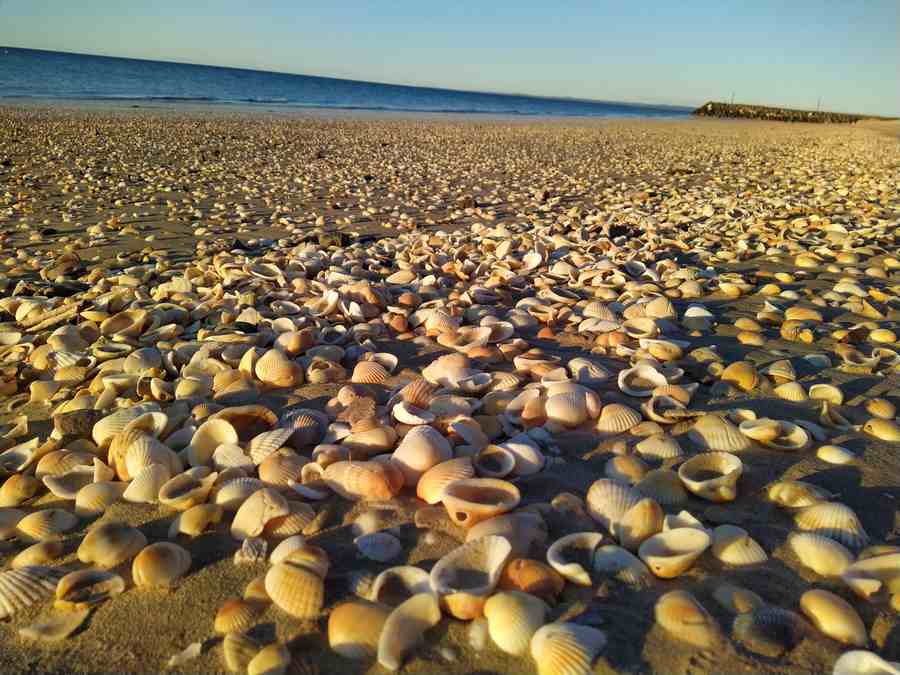 Australia is known for its vast, wide-open spaces of gorgeous landscapes. It also has some bustling city areas where the population of people remains steady or continues to grow. Queensland, Australia’s eastern state, is known for pockets of small seaside villages to areas with larger populations. So what about Hervey Bay?

Hervey Bay is easily one of Queensland’s most known places. This is primarily due to its access to various tourist attraction sites such as Lady Elliot Island and K’gari Island, just to name a few. But what is the population status of people choosing to live their everyday life in Hervey Bay?

According to the Australian Bureau of Statistics (which documents Australia’s demographics, population, etc.), as of 2020, Hervey Bay has a population of around 61,000 people. This is spread across the region of Hervey Bay and includes all the coastal towns that line the eastern coast that is part of the Hervey Bay region.

A population boom is when an area experiences an enormous increase in population. When this occurs, the population count usually goes stale.

For Hervey Bay, the population has experienced steady growth. This is generally very good for an area as it shows that more people are trickling into the area to set up permanent residency.

Considering that Hervey Bay is well-known around the world as being a population tourist attraction hub, it is good to know that the population is remained on the rise and people still desire to reside in the area.

The Australian Bureau of Statistics collects data about the country’s population every 5 years. This gives ample time to really study key components of an area that are contributing to increases or declines in population.

These key components generally include how many males or females are counted in the population, how many people own their property etc.

These areas are critical in determining growth areas in a population because they are subgroups of people who are an active part of a region. Below are the key areas of population growth for Hervey Bay!

There has been a steady increase of females in the area throughout the years. In general, there are more females than males in Hervey Bay. Statistics show that there are around 29,000 males in comparison to almost 32,000 females. Why is gender important?

Well, the gender classification of an area can determine if the population can increase due to possible births. Growth possibilities are usually probable if the male and female populations are about even.

For Hervey Bay, even though there are slightly more females, the difference isn’t drastic. In fact, birth/date statistics throughout the years has remained quite unchanged. There has basically been an equal number of births to deaths, give or take.

With this in mind, gender growth isn’t a huge contributor but it still remains as one of the largest portions of the area’s population count.

So how does this age fit into the growth areas of Hervey Bay? Well, the average does account for a fraction of the population total.

Because of this, it can be said that the average age of a resident in the bay area has remained consistent in how it is counted in the total number of people. This adds up since the population is, on average, rising through the years.

In Hervey Bay, the percentage of working-class in the population is around 54%, which is over half of its population.

Additionally, the working class age group is important because it showcases how people of almost any age group may or may not still be working to contribute to this portion of population growth

. The working-class age group for Hervey Bay is ranged from 15 to 64. While that is a significant range, it covers everyone who might be part of the working class.

Hervey Bay’s biggest population growth areas include gender, age, and working class. All three of these subgroups are part of the bigger picture that creates the population. The region isn’t just for tourists and there is a decent amount of people working hard to build and maintain the Hervey Bay area.

Population projects are usually projected that aid in building stable economies and bring in more people which contributes to population growth. All over the world, these projects are planned and executed in a way that is meant to make a specific area successful.

Hervey Bay is a prime example of where population projects can thrive. Because of the foot traffic that the area gets with its tourist attractions, in combination with its regular population, these types of projects can be beneficial to the population as a whole.

The biggest population project being launched in the Hervey Bay area is a road construction project. As of mid-November 2021, the work on the new roadway that will run east-west officially started.

This particular project is expected to generate more economic value to the Hervey Bay area as well as increase its current population.

Considering how Hervey Bay’s population has grown over the years, this shouldn’t be an issue at all.

The road project will cost around $27 million dollars, all of which have been contributed to the project from various outlets.

All three of these outlets are able to provide such monies with the aid of taxes generated by populations. Additionally, with the help of these agencies, this road project should be structurally funded to be beneficial to the community as a whole.

This particular project is part of what is known as the “Hinkler Regional Deal” which has been implemented to encourage various government outlets to work together in an effort to support local communities.

Specifically, this deal outreaches to Hervey Bay and the Bundaberg regions. Would some say it is successful? So far, things are headed in the right direction.

The persons associated with planning and executing this road project are counting on it to be a major connector to Hervey Bay’s increasing population. With better infrastructure, there is no doubt that the area’s population will increase in future years to come.

There are other population projects in the Hervey Bay area, but this road project is one of the newest ones being started.

With upgraded and new infrastructure, temperate weather, and stunning landscapes and seascapes, Hervey Bay will continue to see population increases well into the future. Additionally, there’s no doubt that the tourists’ circuit will continue to be a large contributor to the area’s economy as well.