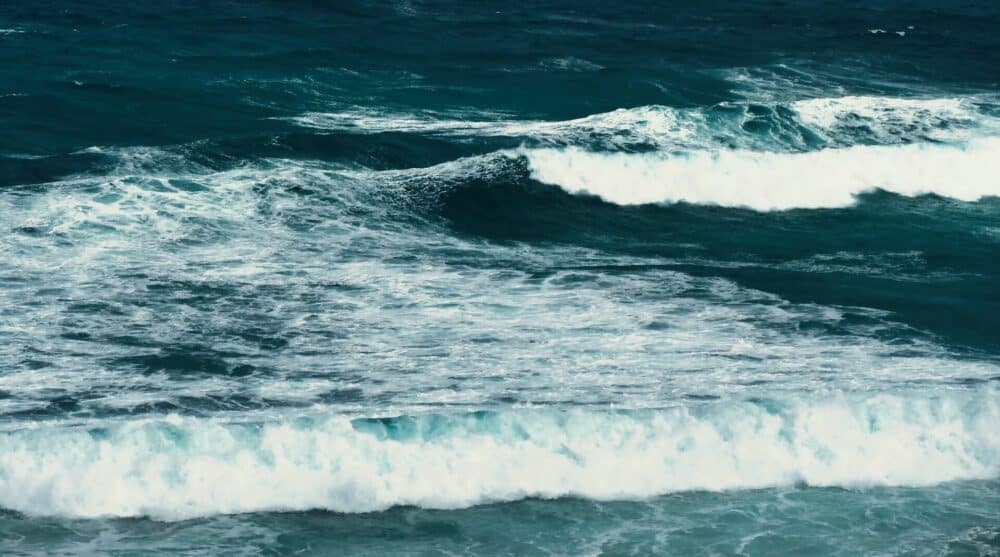 In the rest of this article, I’ll explain the annual salmon run, when it occurs, and the different routes taken by Eastern and Western Australian Salmon. I’ll also give you an estimate of the best times to go Australian Salmon fishing in different states. Let’s dive in and find out when you have the best chance to catch salmon in Australia!

The Australian Salmon species are part of the Arripis genus of marine fish. They are usually found in large schools in relatively shallow waters. This easy accessibility makes them a favourite for recreational anglers.

Eastern and Western Australian salmon spawn by laying many small eggs. These eggs then float along the ocean currents until the larvae develop fully. Once the young salmons are born, they live in sheltered areas like bays, estuaries, or inlets until they become sexually mature.

They then move into the open sea and travel in schools back to their spawning grounds to continue the cycle.

To know the best time to go Australian Salmon fishing, you need to know their migration paths. So, I’ve detailed the routes of Eastern and Western Australian salmon below.

Eastern Australian Salmon can be found from the southern coast of Queensland to the southern waters around Victoria and Tasmania. They spawn

along the coastline between New South Wales and Victoria, and the eggs are carried south by the East Australian Current. The juvenile fish then grow up around Victoria and Tasmania until they reach maturity.

Once the fish grow up, they travel back to the north to spawn. This northward migration along the south-eastern and eastern coasts of Australia is when you should focus on catching them.

According to the Tasmanian Government, the most popular time to catch Australian salmon along the Tasmanian coast is from January to April

. However, they can be found further north in New South Wales (NSW), even in the winter months of April and May.

Western Australian Salmon lay their eggs on the western coasts of Western Australia (WA) and between the regions of Busselton and Albany. The eggs are then carried south and then towards the east via the Leeuwin Current. The juvenile fish then grow up in nurseries near Victoria and Tasmania, where they remain until maturity.

Once the fish reach maturity, they journey westward and collect around Hopetoun and Esperance. This migration route is known as the annual salmon run and is the best recreational salmon fishing time.

March to April is the best time to go Australian Salmon fishing in South-west WA. This time of the year is when the salmon reach the southwest coast and turn towards the north. If you live near Perth or along the western coasts, you can expect the salmon schools to reach by May.

The Best Time To Go Australian Salmon Fishing In Each State

Both the Eastern and Western Australian Salmon species are cold-water species. In simple terms, this means that they thrive in colder temperatures. For recreational anglers, this little fact can help you understand the best time to catch them.

Due to their preference for colder waters, Australian Salmon travel in large schools during the colder months. In the southern hemisphere, this means that the migration takes place between January/February to June/July.

Based on the migration routes of Eastern and Western Australian Salmon, I’ve compiled a quick estimate of the best times of the year to go salmon fishing in each state.

The Eastern Australian Salmon specimens found in the waters between Tasmania and Victoria tend to be juveniles. This is because the nurseries where the juveniles grow up are in this area. However, you can still find some adult specimens at the beginning of the salmon run in January and February.

Due to the large distances the schools cover, you can expect the Australian Salmon schools to arrive on Western Australian coasts by late March or early April.

Note: These times are estimates only. They can be affected by weather conditions, ocean conditions, etc.

The western salmon run usually begins around late February to early March. This run is when the adult species move westward from the waters near Tasmania and Victoria. Once they reach the southwest coast of Western Australia, they turn towards the north and continue moving up north until they go beyond Perth.

By mid to late April, western salmon move towards the coast of South Australia. In the latter part of their run, in May and June, you can find them along Western Australia’s southwest and west coasts.

Note: These times are estimates only.

Continue Reading
link to Can You Catch Salmon From The Beach In Australia?

Catching salmon in Australia is a thrilling and fun experience for novice and experienced anglers alike. They are aggressive fish that put up a good fight when hooked, making for an exciting catch....