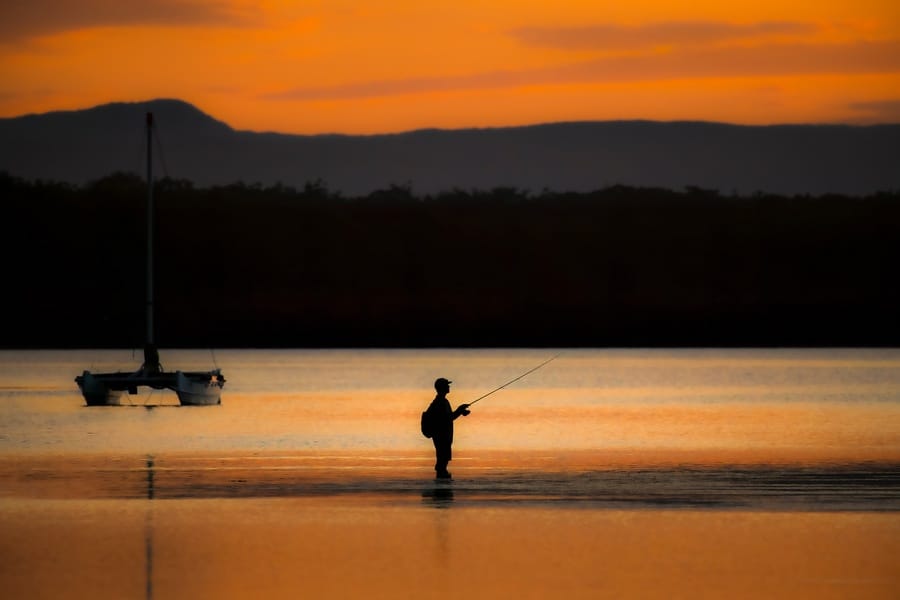 Canberra is the beautiful capital of Australia and home to many freshwater fishing spots you can choose from. Overall, it’s a great place to visit whether you’re alone or decide to bring the whole family along. But are any requirements to fish there?

However, just because the ACT doesn’t require you to hold a fishing license

per se doesn’t mean there aren’t regulations on fishing in that area. Let’s talk more about the requirements for fishing in Canberra.

Why Don’t You Need A License To Fish In Canberra?

You do not need a license to fish in Canberra because each territory in Australia has its own regulations for fishing. This means that some may require licensing while others do not. Whether an area allows fishing depends on how they wish to maintain their waters.

Some areas don’t require licensing to encourage more fishing in their waters, while others require licenses to ensure the waters are well-maintained and funded.

Since individual states control licensing, this allows them to allocate funds to specific local projects rather than relying on federal funding. This helps the state easily and directly put money into improving local waterways (among other things).

The Australian Fisheries Management Authority implemented country-wide rules for fishing to maintain healthy waterways and aquatic life. Even states that don’t require a license follow the general provisions of the act to ensure that fishers help take care of the water they fish from.

Part of the Fisheries Administration Act 1991 and Fisheries Management Act 1991 was to allow the states to do whatever they wanted with licensing while ensuring that fishers in those states maintain a certain standard. So, despite there being no need for a recreational fishing license in Canberra, there are still important rules that you need to follow.

What Rules Should I Know About Before Fishing In Canberra?

Some important rules for fishing in Canberra include not selling catches and ensuring you do not move any fish to new areas. You should also not catch any protected species and be careful of the items you use in the water when fishing.

Let’s break down these rules in more detail.

The first rule of fishing in Canberra is that you can’t sell anything you catch.

To do this, you need a commercial fishing license. There are penalties for buying fish from a recreational fisher and selling fish as a recreational angler.

The main reason for this rule is to protect the buyer, as recreational fishers don’t need to follow the Food Standards Code set by Prime Safe. This code ensures that commercial fishers catch and store fish under the appropriate standards.

Without following the Food Standards Code, you and any potential buyers may end up getting seafood that’s unsafe and unhealthy to eat. So, ACT restrictions don’t allow you or any other recreational fisher to sell their catches.

Part of the recreational fishing rules in Canberra is that you can’t relocate fish in the water. The reason for this among other things is to prevent the introduction of invasive species into a new area. And as you know, invasive species are a serious issue in Australia.

So, ensure that if you need to return your catch per the regulations, you should return them in more or less the same area you got them from.

In Canberra, you can’t take all species of fish from the water. Some of them are protected

. If you accidentally catch one of these species out of season, you should return it to the water immediately.

Of course, you can’t always control what you catch, so just catching one of these fish isn’t illegal per se. But not immediately releasing it is and especially not keeping it for yourself (whether as food or as a pet).

The species protected by ACT restrictions are:

So, be sure to release these guys if you happen to catch any of them. It’s also important to do your research on the above-named species, so you can easily identify them if you accidentally catch them and act accordingly.

It’s also worth mentioning that restrictions like minimum size are in place for non-protected species as well. So, check Canberra’s guidelines before heading out on the water.

There are limitations on the items you can use while recreationally fishing in Canberra. Specifically, you cannot use bait that may be considered a risk to the overall health of fish in the water. For example, there are restrictions on living, dead, and frozen fish used as bait as they may contain aquatic pathogens.

For a full list of living, dead, and frozen bait restrictions, check out this report

from the Department of Agriculture.

Also, fishers may not use certain types of items to catch fish in Canberra:

So, make sure you also follow these guidelines before you head out on the water to catch some fish.

Don’t Use Certain Types Of Boats

If you’re fishing in any of Canberra’s urban lakes, you’re not allowed to use power boats without a permit. “Power boats” include electric boats. These recreational vehicles often emit sound and other types of pollution, which is why they’re off-limits on Canberra’s waters.

You don’t need a fishing license in Canberra, but that doesn’t mean there aren’t rules for you to follow. Be sure to stay up to date on any regulations for fishers, including protected species and bait limits. Always follow these rules to ensure you aren’t stuck paying a fine or prohibited from fishing in the future.

Remember, no licensing means you’re responsible for taking care of waterways and aquatic life. So, clean up after yourself and maintain respect for the rules. But most of all, have fun!