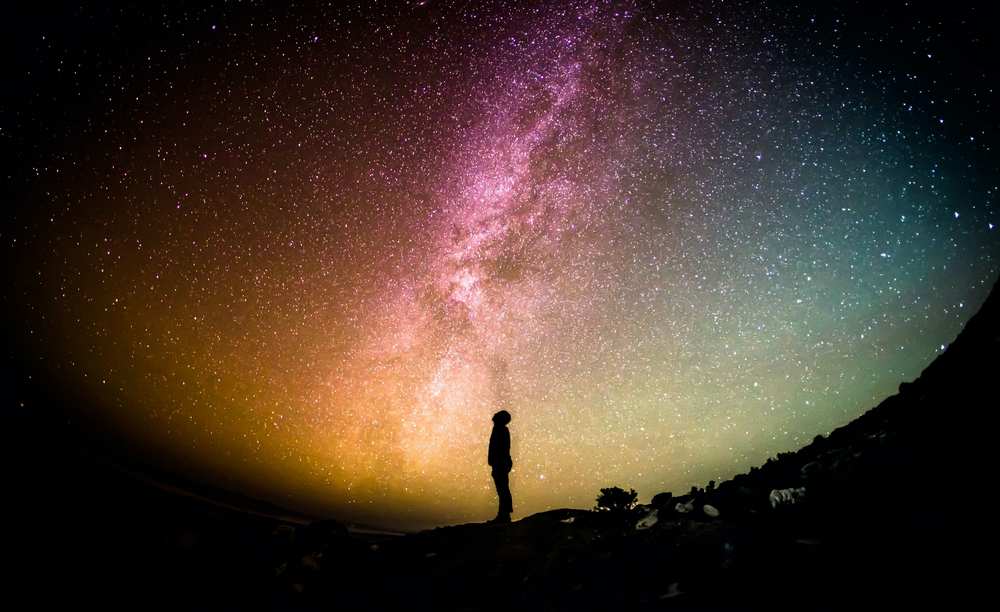 Spirituality and travel are both cathartic. Spiritual travels tend to offer more meaningful experiences than traditional vacations. This article outlines the best destinations for life-changing spiritual travel experiences. Read on to learn more!

Some of the best spiritual travel experiences come from going to world-famous spiritually significant destinations like Safed in Israel, Vatican City in Italy, Mecca in Saudi Arabia, Rishikesh in India, and Temple Circuit in Japan.

What Exactly Is A Spiritual Travel Experience And How Does It Change Lives?

A spiritual experience refers to a state of mind that is beyond ordinary explanation and therefore thought of as caused by the presence of God, or some other religious or ultimate factor.

Spiritual travel is a journey to a sacred place or a place of religious or spiritual significance. This is done for contemplation of, connection to, or communion with the supernatural to obtain clarity, purpose, inner peace, redemption, etc.

Thus, spiritual travel experiences are the feelings (clarity, purpose, inner peace, redemption, etc) that you get when you travel to spiritually-significant sites to explore something otherworldly.

Spiritual travel experiences can help you:

5 Spiritual Destinations That Can Change Your Life

Some of the best spiritual travel experiences can be had in the following places:

Safed is an exciting holy city. It is one of the four holy cities in Israel (the other three being Jerusalem, Hebron, and Tiberias).

Safed is the spiritual heart of Judaism, as it is the city of Kabbalah. The mystical Jewish tradition explains the relationship between the mysterious God and the mortal universe. Thus, Safed caters to people who are specifically interested in Jewish mysticism or generally interested in the spirituality of life.

Many of the synagogues have beautifully decorated interiors that will inspire you. Some of the most famous Synagogues in the old city of Safed include Rabbi Joseph Caro Synagogue, Ari Sephardi Synagogue, Abuhav Synagogue, and Ari Ashkenazi Synagogue.

For a religious tourist, Safed will definitely give you a feel of a presence of extraordinary power.

The ancient Jewish cemetery located at the end part of Safed is also a popular destination in the city. Most Jewish leaders are buried in the cemetery, including the great sage Rabbi Pinhas Ben Yair and Rabbi Shimon Bar Yochai. Join the hundreds of people who visit the cemetery to pray or walk around the tombs of the history makers.

The Vatican City is the religious center of the Roman Catholic Church. The Pope is the leader of the Vatican City and permanently resides there, making the city one of the most popular places for Christian pilgrimages.

One of the most impressive and significant buildings in Vatican City is St. Peter Basilica. The cathedral, which is the biggest religious building in the world, is built atop the suspected grave of St. Peter – the disciple of Jesus, leader of the Apostles, and first Bishop of Rome.

The Cathedral is an architectural wonder as it features hundreds of statues and artwork of religious significance. For example, the 100+ statues on top of the Cathedral’s portico represent the saints, while the interior has the famous Pieta by Michelangelo which depicts the body of Jesus on the Virgin Mary’s lap after the Crucifixion.

Also, below the central nave of the Cathedral lie the tomb of 148 popes.

Another significant place in the Vatican City is the Sistine Chapel which is dedicated to the Virgin Mary. The Chapel features tons of beautiful paintings and frescoes depicting moments of religious significance.

One of the most famous is “The Creation” – a painting on the Chapel’s ceiling that illustrates the Biblical creation narrative. Another famous one is “The Last Judgment” – a painting covering the altar wall which illustrates the Second Coming of Christ and God’s final and eternal judgment of humanity.

The Vatican palace and the impressive Basilica, the chapels, and the tombs make the Vatican city one of the most sacred places on earth that people travel to for prayer and reflection.

Mecca is the holiest city in Islam. It is the birthplace of Prophet Muhammed (the founder of Islam), and it is the direction that Muslims all over the world face when making their daily prayers.

Mecca is where the Hajj is celebrated. Hajj, a 5-day pilgrimage to Mecca, is one of the five pillars of Islam. Over the five days of the Hajj, pilgrims perform different rituals.

One of the main rituals is the tawaf – circling the Kaaba (counterclockwise) seven times. It is believed that the Kaaba was built by Abraham and his son Ishmael to worship God and that after it was built, God commanded the pilgrimage so that all mankind can converge in one place to worship.

Islamic traditions hold that the site of the Kaaba has always been a sacred place, that it is a place where angels used to worship God long before man was created.

Another ritual is throwing small pebbles at the jamarat, which symbolizes stoning the devil that tempted Prophet Ibraham (Abraham) to defy God. Another important ritual is the Se’ey (or Sa’ee). It is a walk between the Safa and Marwa hills seven times to commemorate Hagar’s frantic search for water for Ishmael [3].

Pilgrims also drink from the Zamzam well, which is believed to have been formed miraculously to save Ishmael. People often buy containers to take some Zamzam water back home. Some attribute miraculous powers to the water, while others believe it quenches “the thirst of their soul”.

Another important Hajj ritual is climbing Mount Arafat, the place of Prophet Muhammed’s last sermon. Pilgrims go there to spend the day in quiet communion with God.

While the sanctity of Mecca can change your perspective of life, it is a travel experience for only Muslims because non-muslims are not allowed to enter Mecca. Thankfully, Non-muslim spiritual travelers can stay in Medina, the second holiest city in Islam.

In Medina, pilgrims can see the Great Dome (which houses the tomb of Prophet Muhammed) and many prominent mosques, including the Prophet’s mosque.

Rishikesh is one of the holiest places in India. It is believed that when Raibhya Rishi selected the place for his tapasya (penance/austerity), Lord Vishnu was pleased with him and appeared to him as a “Hrishkesh.”

The legend continues that Lord Vishnu then gave Raibhya Rishi a divine message that since he performed supreme tapasya and controlled his senses in the place, it shall be called Hrishikesha (master of all senses). Thus, Rishikesh is recognized as a sacred place where people can go to gain mastery of their senses for spiritual balance.

Rishikesh is the starting point for the Hindu Char Dham pilgrimage for spiritual salvation. One popular ritual by spiritual travelers to Rishikesh is taking a dip in the River Ganga. The river is considered India’s most holy river.

Believers hold that a dip in the river can result in blessings, including washing their sins away. You can also find multiple places to attend Ganga Aarti – evening prayers to and worship of the goddess Ganga.

Thanks to being home to some of the most popular ashrams in India, Rishikesh is also known as the “Yoga capital of the world.” The ashrams are spiritual hermitages that strive toward the healing of the body and mind. People go to the ashrams for Yoga, meditation, and self-reflection.

The ashrams range from basic dwellings to plush centers, but all of them offer one thing – to achieve spiritual balance. Staying at an ashram can be a life-changing experience.

Rishikesh is also blessed with many spiritual mountains for meditation. A popular one is the Vashishtha Cave which was used by Sage Vashistha and many other spiritual leaders. The ancient temples of Rishikesh will also enrich your spiritual journey. The popular ones include Bharat Mandir and Bhootnath Temple.

The Temple Circuit is a pilgrimage around Shikoku Island, visiting its four provinces and its 88 official temples. It is believed that Kobo Daishi, who introduced esoteric Buddhism to Japan, trained at several sites along the 1,200km route.

In the past, people did the pilgrimage only by walking (and it used to take 6 – 8 weeks). But these days, people do it using bicycles, motorbikes, cars, tour buses, etc.

Some essentials for the 88 Temple pilgrimage include a hakul (a white vest or jacket that represents purity) and a kongo-zue (a wooden staff that symbolizes Kobo Daishi himself being with you on the journey). Pilgrims usually leave the kongo-zue at the 88th temple.

1. Are There Life-changing Spiritual Travel Experiences In America?

Sedona, in Arizona, is one sacred place that tourists travel to for healing, renewal of their inner self, and for spiritual guidance. The cathedral without walls (as Sedona is nicknamed) has beautiful landscapes to connect to nature and wonderful wellness centers for yoga and meditation.

2. What Happens During A Spiritual Experience

Having a spiritual experience is almost always life-changing. This is because you reevaluate your beliefs, priorities, and relationships. You’ll also be more self-trusting, more respectful of others, and more inclined to be of service. Importantly, you’ll feel more connected to the natural world, and spirituality will become an important part of your life.

There are many places in the world to get spiritual travel experiences, but the five places mentioned above are some of the best and most popular if you seek spiritual enlightenment and discovery. You won’t regret the trip if you can make it. Happy traveling!