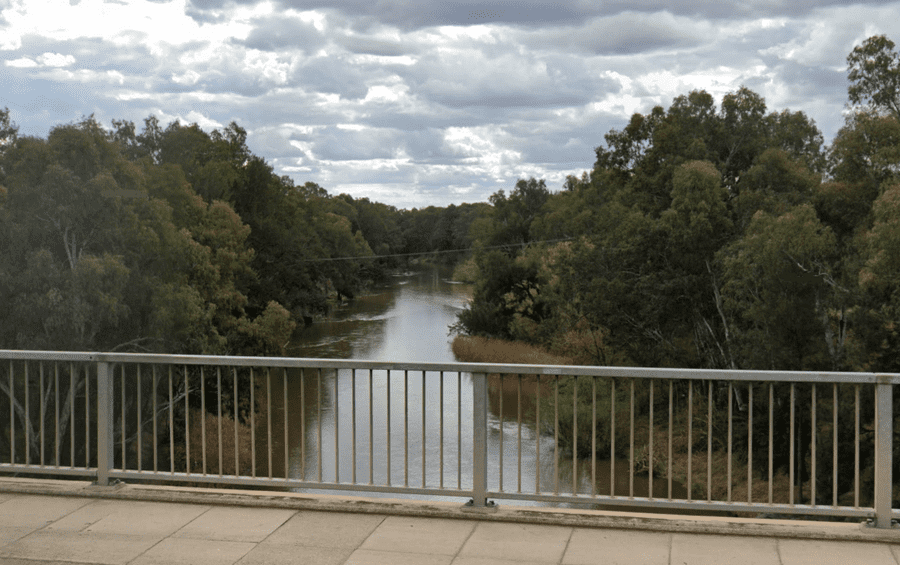 is teeming with life, and history and is actually the 4th longest-running river in Australia. This beautiful body of water is home to many different types of fish, including many protected ones. So you might be wondering what sorts of fish you might be able to catch there.

Here are 8 fish species that live in the Lachlan River:

In the rest of this article, I will discuss what types of fish you can find in the Lachlan and go over each species. So if you would like to learn more about each of the fish found in the Lachlan River, be sure to read on.

First, we have the Murray Cod. A stunning fish with beautifully green-yellow patterned scales on its back. This fish is Australia’s largest freshwater fish since they can reach a whopping 100 kg (220.46 lb) in size

These fish were once in danger of extinction due to commercialized fishing but have grown in number in recent years. However, they are still considered to be a vulnerable species. These monster fish can live for over 50 years if left alone and sustain themselves off a diet of smaller fish like Perch or baby Cod.

Next, there is the Golden Perch, also commonly referred to as a yellowbelly. This unique fish is considered threatened under the Flora and Fauna Act of 1988.

The colour of these fish can drastically change based on their environment, but they are most commonly a dark green colour with impressive spiny fins.

(11.02-50.70 lb). Like many fish that call the Lachlan River home, the Golden Perch consumes mostly insects, fish, and other small life along the river bed.

This species is often bred in hatcheries and relocated to help balance the echo system and for some fishing.

The Redfin Perch is native to northern Europe. It is actually considered a predatory species, and can easily decimate other fish populations. These fish are medium in size and will consume any fish smaller than itself and the unattended eggs of other species.

. Due to this species’ effect on the environment, it’s actually illegal to release, relocate, purchase, or sell these fish.

Another fish that can be commonly found in the Lachlan river is the Silver Perch. Native to Australia, this fish is smaller than many found in this river (about 8 kg or 17.63 lb) and is aptly named for its silvery scales.

These Perch prefer to live in large schools and travel upstream during the spring for spawning. Their primary food source is mainly shrimp, insects, and plant life.

As far as its conservation status, the Silver Perch is considered vulnerable. This means that they aren’t in immediate danger of complete extinction, but their population is dwindling in the wild and requires intervention, or it will die off in the future. However, a restocking program has yet to be introduced.

You might also see the Pygmy Perch on your visit to the Lachlan River. This little fish is relatively small and generally has a distinct checkered pattern of dark spots along its scales. However, males can appear more vibrant with red and orange colouration along their fins.

This sort of colour pattern will generally emerge during breeding seasons.

It’s important to note that the Southern Pygmy Perch is sadly considered endangered. This is primarily due to changes in their habitat, such as construction, dams, and predator fish such as the Redfin Perch.

This amazing freshwater Catfish thrives in the Lachlan River. One of the things that makes this fish so unique is its odd back fin. Because of this fin, it has been named the Eel Tailed Catfish. This strange species looks like a cross between a tadpole and a fish. They are generally a muddy colour or have a darkish blue-grey colouration.

This species of Catfish is considered vulnerable and is considered a bottom feeder. This means that the fish primarily consumes plants, bugs, and other creatures that call the river bed home. Unlike some breeds of Catfish, you should be careful when handling them as the spines on their fins are pretty sharp.

Rainbow trout are another fish you will likely see living in the Lachlan River. This fish is named for the vibrant pattern that adorns its sides. These trout are primarily a green colour with darker spots resembling leopard spots but have a splash of vibrant pink colours along their sides.

Luckily these fish are not endangered and are actually considered a popular game amongst fishermen. This is because they are bred and raised in hatcheries. Afterwhich, they are reintroduced to lakes, ponds, and streams. This helps to stabilize their species despite their being regularly fished for.

Rainbow trout are unique because their meat is known to have an orange or pink colour like Salmon. This is unique because most fish tend to produce white meat, especially in the areas where these fish thrive.

Finally, there is the Olive Perchlet

. This tiny fish is extremely rare but can be found in the waters of the Lachlan River. Olive Perchlets are silvery in colour and also referred to as “glass fish.” This is because their skin has an almost translucent quality to it.

Despite their small size, they are technically a member of the perch family.

Sadly, this little Perchlet is considered endangered. So chances are you won’t see these little guys swimming around during your visit to the river, but if you do happen to catch a glimpse of one, consider yourself lucky. The exact reason for their decline isn’t actually known.

However, their decline may be due to predator fish such as the Redfin Perch.

Surrounded by shorelines on all sides, Tasmania is an angler's paradise. The island state is home to some of the best saltwater fishing in Australia, with excellent catches of salmon, trout,...

Continue Reading
link to Can You Use Chicken For Fishing Bait In South Australia?

South Australia is famous for its fishing spots, boasting an abundance of flathead, bream, catfish, cuttlefish, crustaceans, and more. As every angler knows, using the right bait is essential to...