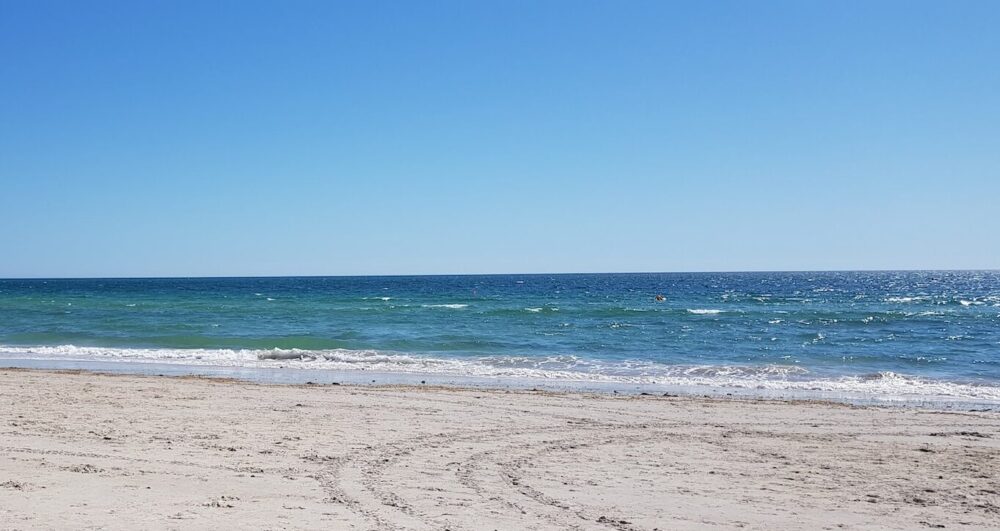 Catching squid is a popular pastime in South Australia, with many people venturing to coastal areas to try their hand at this tasty seafood. You can catch squid all year round, but there are certain times of the year when they are more plentiful and easier to catch.

Here are the 6 best times to catch squid in South Australia:

So, what makes these times of year the best for catching squid? Read on as we take a closer look at each location.

Located south of Adelaide, the state capital of South Australia, the Fleurieu Peninsula is one of the most popular spots for catching squid in South Australia. The area has a sheltered coastline, which makes for ideal squid-fishing conditions.

Its rocky reefs and seagrass beds also provide food for squid, making them more likely to be found in large numbers close to the shore.

October to December is the spawning

season for squid, which means squids flock to the area in large numbers to mate. Squid are also more active this time of year, making them easier to catch. You can go during high tide to increase your chances of a successful catch.

2. May To August – Eyre Peninsula

Renowned for its abundant marine life and plenty of seafood, the Eyre Peninsula is another excellent spot for catching squid. Its clear waters, sheltered coastline, and reefs make it an ideal habitat for squid.

The southern calamari squid is the most common type found in the area. Here the squids live in low-lying reefs and areas with high concentrations of zooplankton

, which they feed on.

May to August is the best time to catch squid on the Eyre Peninsula. They move closer to the shore in waters around 2 m to 5 m (6.6 to 6.4 ft) deep, making it easier for anglers to catch them. High tide is also the optimum time to go squid fishing here.

Nestled strategically in the city of Onkaparinga, Port Noarlunga is one of the busiest squid-fishing spots in South Australia. It is a well-known spot for both amateur and professional squid anglers alike.

The area is famous for its sheltered coastline, artificial reefs, and jetties which make it ideal for squid fishing. There’s also plenty of fish in the area for squid to feed on, making them more likely to be found in large numbers.

The best time to catch squid at Port Noarlunga is from November to February. These are the months when water temperatures are warmer, making squid more active.

They can also be found in shallower waters during this time, making them easier to catch. You can cast your squid jigs from the jetties during high tide for the best results. Due to the nocturnal nature of squid, it is also worth trying your luck at night or early in the morning during this time.

is another top spot for catching squid in South Australia, bordered by the mainland to the east and the Fleurieu Peninsula to the west. The area is renowned for its large number of squid, which you can find on the sheltered coastline and reefs.

December to March is the best time to catch squid in the Gulf of St Vincent. The squids flock to the area in large numbers to mate and can be found in shallower waters, making them easier to catch.

You can also try your luck at night as squid are more active after dark. High tide is also a good time to go, as the squid congregates near the shore. However, be aware that the tides can be strong in this area, so it is crucial to take caution.

is touted as one of the best places to go squid fishing in South Australia. The area is known for its sheltered coastline, which makes it ideal for squid fishing.

There are also plenty of reefs and seagrass beds in the area, providing ample food for squid. The cool temperate waters also make it a comfortable environment for squid, meaning they are more likely to be found in large numbers.

If you want to catch squid in Encounter Bay, the best time to go is between January and March. Squid spawn in shallower waters during these months, making it easier to catch them.

If fishing from a boat, you can also try trolling for squid using lures or jigs. Again, night or early morning fishing is best during this time as squid are more active in the dark.

boasts over 700 km (435 mi) of pristine coastlines, attracting vast numbers of squid. The rocky reefs and sheltered bays make it an ideal environment for squid, providing plenty of places where they can hide and ambush their prey.

There is also plenty of fish in the area for squid to feed on, making them more likely to be found in large numbers. The best time to catch squid on the Yorke Peninsula is during summer

or fall during or right after spawning, although you can find squid here any time of year.

During the summer months, water temperatures are warm, making squid more active. The massive seagrass beds provide plentiful food for squid. You can cast your squid jigs from the shore or boat to cover more ground.

Early morning or late at night are the best times to catch squid since that’s when they go hunting for food.