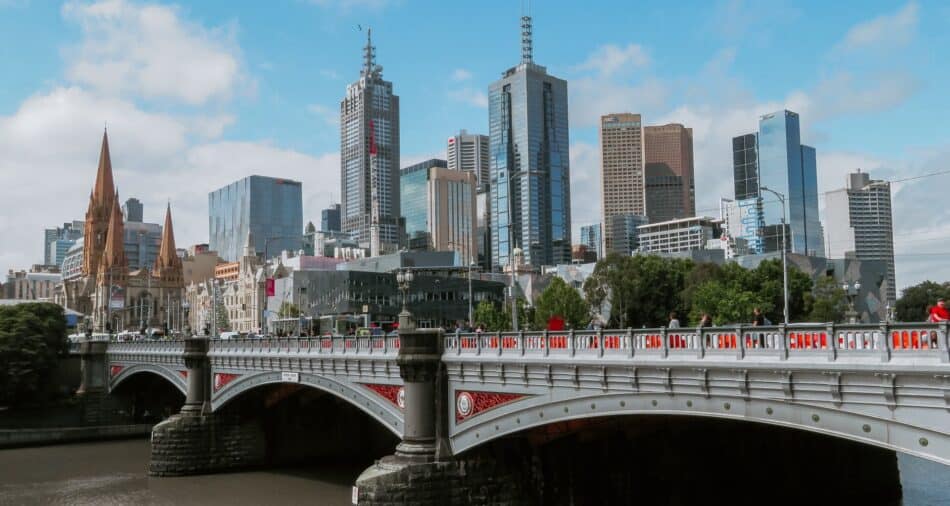 Melbourne is a city in southeast Australia that is widely regarded as the world’s sporting capital. It is also Australia’s second-most populous city. Sydney is the capital city of New South Wales, and it is home to some of the world’s most famous landmarks; therefore, it is not surprising that one would prefer to drive through these cities and explore them rather than miss out on all the fun by flying.

Yes, it is worth driving from Melbourne to Sydney. If you are a tourist or just a happy traveller, then you wouldn’t want to miss out on it as there are several irresistible things to see on the road such as the Lakes Entrance. There are also beautiful places to relax before continuing your journey like the King Valley wine region in Victoria.

In 2020, about 19% of the Australian population was estimated to be living in Melbourne. It’s common to see a large number of tourists driving into the city, as well as a number of them going on to Sydney, which is 546 miles away or 879 KM. This article has all the Melbourne to Sydney travel info you need.

Fun fact: Melbourne was the first city to host the Olympics outside of Europe and North America!

Long road trips can quickly become boring and exhausting, and the trip from Melbourne to Sydney is no exception, taking a total of nine solid hours. You might need to take brief breaks to stretch your legs, eat, and rest at intervals.

We highly recommend that you buy your admission ticket to this zoo-based conservation organization through their website beforehand if you want to make this a fun road trip. This organization provides a one-of-a-kind zoo experience that will make you want to visit again and again.

The price of admission covers your participation in all of the animal exhibits as well as the wildlife shows that are offered.

The world-famous “Spirits of the Sky” show is only an hour’s drive from Melbourne. The show takes place in the flight arena every day at 12 pm and 2:30 pm, and it features Australia’s magnificent beasts of prey in flight.

You may want to bring a camera with you, as these kinds of experiences last a lifetime if documented.

You can also get a taste of Italy while driving from Melbourne to Sydney. This wine region was established by Italian immigrant families, and it is now the home of many famous Italian wines.

You can partake in a variety of outdoor activities in addition to touring the winery, such as practising yoga among the vines, going for walks and fishing along the river, or participating in wine tastings. These activities make the journey from Melbourne to Sydney worthwhile!

Along the route from Melbourne to Sydney is a stop known as the Lakes Entrance, which is another breathtaking location. It is well-known for both the stunning beauty of its beach and the abundance of restaurants that serve delectable ocean-fresh seafood.

To get the most out of it, hire a boat and a captain and relax on an amazing cruise.

Fun fact: Sydney is home to over 100 beaches!

This waterfall on the Stevenson River is located just 5 kilometres southeast of Maysville in Victoria. The falls have a total descent of 122 meters, making them one of the tallest in Maysville; it is a breathtaking sight to behold.

Even though this waterfall has been around since 1866, it wasn’t until 1959 that it was given the status of a scenic reserve in order to protect its surroundings.

The sight of Stevenson Falls is one of the attractions that make the drive from Melbourne to Sydney worth it.

Before continuing your drive from Melbourne to Sydney, you might also want to stop at this botanical garden, which was established in 1877 and can be found at Dean Street, Wodonga PI, Albury, New South Wales, 2640, Australia.

It is a nice place to unwind and take a break after hours of driving.

This botanic garden has a wide variety of features, including specialized plant collections, greenhouses, and shade houses, among many others. It opens at 6:30 am, while the children’s playground doesn’t open until two hours later.

Domestic animals and horses, however, are not allowed in the garden due to safety concerns, unless they are officially registered as service animals for people who have visual impairments.

This seven-acre plot of land began as a poultry farm and has since become one of the most visited wildlife parks near Sydney. This park, located at 217 Kildare Road, Doonside, New South Wales, 2767, Australia, is a great place to stop en route from Melbourne to Sydney because it is home to over a thousand species of birds, mammals, and reptiles.

They also have a cafe and a picnic area for refreshments and relaxation.

It is one thing to organize a road trip, but quite another to remain safe during the lengthy drive. Read on for some helpful safety tips for long-distance driving.

1. Ensure You Get Enough Sleep

This will help you stay awake and alert throughout the duration of the trip.

If you don’t get enough sleep the night before driving such a long distance, you run the risk of getting dizzy while driving and possibly causing an accident.

It is extremely important to check the condition of your vehicle before driving such a significant distance, as it is your means of transportation to your destination.

Although no one ever gets behind the wheel with the intention of getting into an accident, it is absolutely necessary to be prepared for anything that may come your way. The following is a list of things that you need to take care of before going on your road trip:

In addition to making sure you have an emergency kit, it is critical to give some thought to the kinds of road conditions you could encounter on such a lengthy trip.

The many road-trip activities prove that driving from Melbourne to Sydney is worthwhile, but this mode of transportation isn’t the only option available. Here are some other means of transport you can employ for your journey to Sydney.

Flight Info For Melbourne To Sydney

A quick flight from Melbourne to Sydney is one you should not want to miss out on if you can afford it.

If you do not want to deal with the difficulties of a long trip, especially if you are someone who easily gets car sick, you can get to Sydney in less than three hours by taking a non-stop flight from Melbourne.

Most airlines provide snacks and meals, so you do not need to worry about what to eat during your flight. Most planes have good air conditioning, and flying is the safest way to get from one place to another.

The cost of a plane ticket can vary significantly between different airlines, however.

A steady train ride is also a wonderful travel experience because it allows you to enjoy the city’s beautiful scenery and landscapes while on the ride. The journey lasts approximately 12 hours, so make sure to come with your sleeping pillows!

All trains travelling from Melbourne to Sydney are operated by New South Wales train link [an Australian coach and train operator].

Their reclining seats are well spaced, allowing you to stretch and relax as often as you need to. Because these trains have air conditioning, you won’t need to be concerned about having insufficient ventilation even if the windows are completely shut.

If you do not want to take on the task of driving yourself to Sydney, a bus ride is an equally suitable alternative. It is almost the same as a train ride, just with a different kind of vehicle. It takes about 12 hours for a bus to travel from Melbourne to Sydney on average.

Riding Your Motorbike From Vic To NSW

It is also possible to travel from Sydney to Melbourne on a motorcycle, but it will be at a much slower pace and with significantly more stops along the way.

This 879 km journey can be split into three days, making it a 293 km journey daily. If you travelled at an average speed of 80 kilometres per hour, it would take you an average of 3.7 hours per day to reach Sydney.

When riding a motorcycle for such a long distance, there are certain safety precautions that must be taken. It is imperative, among other things, that you never take your helmet off at any time, that you take frequent breaks from riding your motorcycle to prevent dizziness, that you always check your fuel tanks at every stop, and that you adhere to speed limits.

Stop riding as soon as you begin to feel tired; otherwise, you run the risk of getting into an accident if you continue to do so.

Are Road Trips Cheaper Than Flying?

In most cases, yes! Unless you are making a cross-country trip and renting a large vehicle, the cost of driving is almost always way cheaper than paying for a flight. If you are driving your own vehicle, you do not need to pay for it.

Is It Cheaper To Live In Sydney Or Melbourne?

Living in Sydney is a lot more expensive than living in Melbourne, according to experts; the cost of transportation, food, and even housing in Melbourne is nearly 5% less than in Sydney.

Is It Easy To Drive From Melbourne To Sydney?

The drive from Melbourne to Sydney is not easy, but it is worth it! You can make it easier by bringing along another experienced driver with whom you can occasionally switch roles.

Road trips can be fun if you make the best of them. A drive from Melbourne to Sydney is 100% worth it! If you live in either of these two cities, you should try it out sometime. It is very important to always stay safe, so the safety rules must be followed to the letter.

Make sure you enjoy your Melbourne-to-Sydney trip!